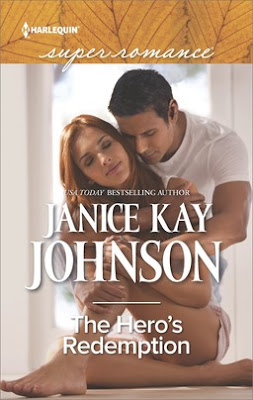 When gratitude becomes friendship…and something more.

Cole Meacham has only been out of prison a couple of weeks after a ten-year term for a murder he didn't commit. A silent, guarded man, he doesn't know how to start over again now that he's free. Destitute and alone, he's been sleeping in a park. Then Erin Parrish offers him a job plus room and board. The woman with the haunted eyes seems to be the only person on earth who isn't afraid of him. But she clearly has her own demons, and Cole watches as night after night his new boss and landlord gets in her vehicle and drives…somewhere. It seems she needs his help as much as he needs hers. If only he could be that man she can depend on. And love. 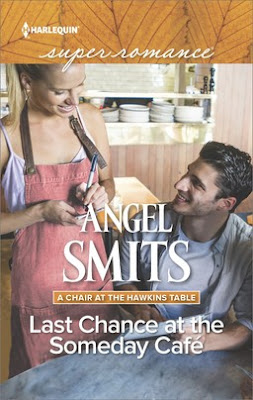 How many secrets can one man really have?

Tara Hawkins may be the baby of the family, but she's ready to prove to her siblings she can make it on her own. And she's betting everything on the success of her diner. Trucker Morgan Thane quickly becomes a repeat customer…and a tempting distraction she can't afford. The energy between them is overwhelming, yet Tara wonders just how she can trust a man who is hiding so many secrets—a man who's almost out of hope. When she discovers his heartbreaking reason for being in Haskins Corners, her feelings for him only grow. And the deeper she falls, the closer Tara comes to losing her dream and her heart. 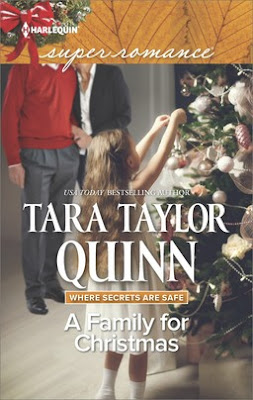 A second chance for Joy

While recovering at a remote cabin, Dr. Simon Walsh stumbles across Cara Amos. Injured and left for dead, Cara is harboring dark secrets. Yet Simon can't help falling for his mysterious patient. As her memory returns and her injuries fade under his gentle care, he vows to help her find her missing daughter.

Bringing this family together seems impossible… Luckily, Christmas is the season of miracles. 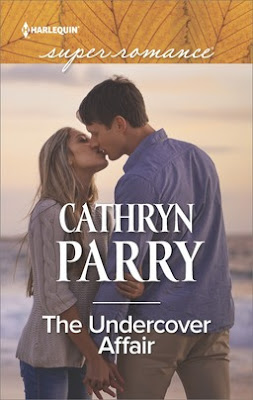 The Undercover Affair
by Cathryn Parry

To choose between justice and love

There's a burglar on the loose in the beach town of Wallis Point, and undercover detective Lyndsay Fairfax is pursuing every lead. Even the one that takes her straight to the brother of handsome marine veteran John Reilly. John, whose lively restaurant is the heart of the town, is the first person Lyndsay has connected with since her husband's death. But she can't tell him who she really is, and she can't let his brother slide if he's the culprit. Lyndsay has to figure out how to do the right thing without also losing the man who is so right for her… 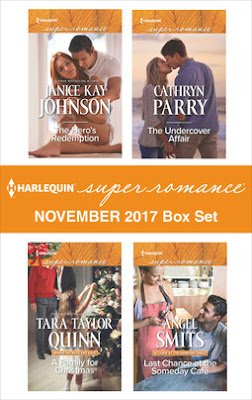 Erin Parrish, the only one to walk away from a crash that totaled her van full of college students, has a massive case of survivor guilt. She keeps thinking a mistake was made and she was supposed to have died. That’s why she has no qualms hiring ex-con Cole Meacham, who’s two weeks out of prison for murder. Except far from putting her life at risk, Cole unexpectedly brings her back to life as she helps the troubled man get on his feet.

Dr. Simon Walsh was on leave from his patients, so the last thing he expected to find while recovering his eyesight in the Nevada mountains was a hurt woman who needed his healing help. Cara Amos has limited memories of what’s happened to her, but she knows she’s on the run and she can’t stay in the doctor’s cabin. Can a special little girl and the magic of Christmas bring family together?

THE UNDERCOVER AFFAIR
By Cathryn Parry

Posing as an interior decorator in the small New Hampshire town of Wallis Point is the perfect cover for rookie police officer Lyndsay Fairfax to investigate a burglary ring. But falling for John Reilly, a local restaurant owner, threatens everything she’s worked for. Now she must choose between doing her job and protecting the man she loves.

Tara Hawkins may be the baby of the family, but she’s ready to prove to her siblings she can make it on her own. And she’s betting everything on the success of her diner. Trucker Morgan Thane quickly becomes a repeat customer…and a tempting distraction she can’t afford. But when she discovers his heartbreaking reason for being in Haskins Corners, her feelings for him only grow.

Look for 4 compelling new stories every month from Harlequin® Superromance!
Join HarlequinMyRewards.com to earn FREE books and more. Earn points for all your Harlequin purchases from wherever you shop.
Posted by Kristina Knight at 1:00 AM