You know that the Facebook party for the Superromance Anthology is still ongoing, and will be all month, right?


You can join the fun by joining our Facebook Group: Octoberfest -- Fall into Romance -Falling for You by clicking here.


My slot for popping by the group is at 3 PM Eastern Standard Time today (Wednesday), where I’ll be giving away advance copies of my November Harlequin Superromance, The Undercover Affair.


Here’s the cover, which of my 10 Superromance titles, I think is my favorite one. :-) 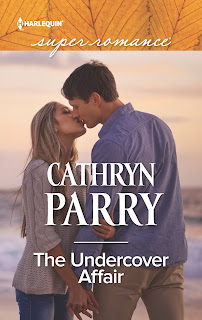 To choose between justice and love


There's a burglar on the loose in the beach town of Wallis Point, and undercover detective Lyndsay Fairfax is pursuing every lead. Even the one that takes her straight to the brother of handsome Marine veteran John Reilly.

John, whose lively restaurant is the heart of the town, is the first person Lyndsay has connected with since her husband's death. But she can't tell him who she really is, and she can't let his brother slide if he's the culprit. Lyndsay has to figure out how to do the right thing without also losing the man who is so right for her...


Hope to see you this afternoon! Thanks for reading!

The Songs of Falling For You

Every author has her own way of getting into a story. Some will interview their characters, some will make collages, and many use music as a way to help them stay connected to their characters and their emotions. With the FALLING FOR YOU anthology releasing today (!!!), we wanted to share a few of our novella's theme songs with you.

Heatherly Bell, THE RIGHT MAN: Brad Paisley, PERFECT STORM
(In one of those fun coincidences, Jo McNally says this was the theme song for her first book!)

Dana Nussio, HOME TO YOU: The Fray, CORNERS
Jo McNally, MEET ME IN THE MIDDLE: Kane Brown, WHAT IFS
Kristina Knight, OUTSIDER IN A SMALL TOWN: Old Dominion. NO SUCH THING AS A BROKEN HEART
Angel Smits, PERFECT FIT: Dustin Lynch, SMALL TOWN BOY
Kris Fletcher, IF I FALL: Matt White, FALLING IN LOVE (WITH MY BEST FRIEND)

So what do you think? Any songs you recognized? Any new favorites? We hope you're humming - and reading! - along with us as we celebrate the release of FALLING FOR YOU!
Posted by kris at 12:00 AM 1 comment:

Email ThisBlogThis!Share to TwitterShare to FacebookShare to Pinterest
Labels: Falling For You, soundtracks

A Pre-Order Thank You! 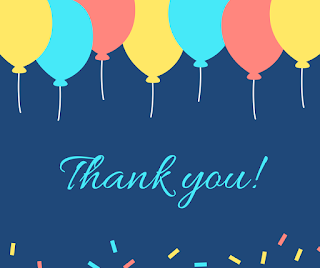 Have you ordered your copy of FALLING FOR YOU? If you have - or if you get that order in before it is released October 17 (oooh, less than a week away!) - then I have a little goodie for you. 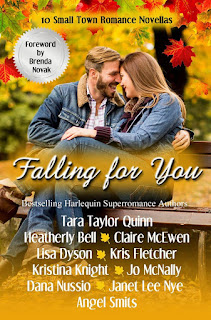 Simply send me an email (krisATkrisfletcher.com) that says, "I Pre-Ordered." In return, I'll send you two printable recipes for foods that play a big role in my novella AND a scene that I had to delete because of space considerations.

In addition, everyone who tells me they pre-ordered will be entered into a drawing for a ten dollar gift card to the online bookstore of your choice. The winner will be drawn on October 17 as part of the release day celebrations.

So if you already ordered, thank you! I can't wait to send you your goodies. And if you haven't, here are some handy-dandy links. (Remember, if you pre-order you can get the entire collection - ten novellas - for just 99 cents.)

(And do come join the fun in our Facebook party!) 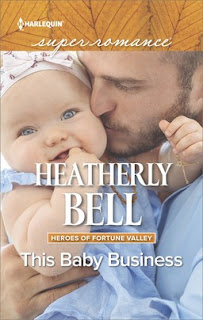 This Baby Business
Heroes of Fortune Valley
by Heatherly Bell

Air force pilot Levi Lambert has seen plenty of danger—but his infant daughter might be the death of him. Fortunately, Levi's found the answer to his sleep-deprived prayers: his next-door neighbor! Carly Gilmore is willing to be his nanny…until a small white lie turns their arrangement from business to very personal. The fake engagement was intended to keep Levi from losing custody of his baby girl, but is causing all sorts of new problems. Not only does Carly attract trouble like bees to honey, but there's the little matter of Levi's smokin'-hot attraction to her. The last thing he needs is to fall in love… 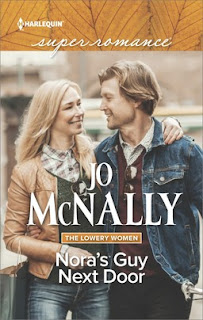 Nora's Guy Next Door
The Lowery Women
by Jo McNally

She's got everything under control…


Making lists keeps Nora Bradford's life neat and tidy…until her college-freshman daughter announces she's pregnant and engaged. Luckily Nora knows how to fix a complicated situation. If that means moving to Gallant Lake, New York, where Becky and her fiancé live, that's what she'll do. Because Becky needs her. Nora just has to keep her distance from her new neighbor, Asher Peyton, who's handsome, gruff and strictly off-limits. Falling in love again is not on Nora's to-do list. Especially since she and Asher will soon share a grandchild… 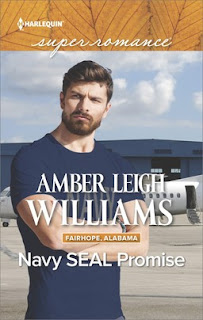 He made a promise he intends to keep

Harmony Savitt is off-limits for navy SEAL Kyle Bracken. Not only is she his best friend's little sister, she's also a single mother and the widow of a fellow SEAL killed in action. This soldier needs to keep his distance. But something between them has changed…

Despite the new complicated feelings he has for Harmony, when his family comes under attack, there's no one Kyle trusts more than her to help him get answers. When that threat extends to her and her daughter, though, he vows to protect them…even if it means putting his own heart on the line. 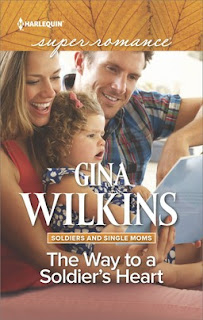 A family for her daughter?

Elle O'Meara's happy being a single mom to her adopted two-year-old, Charlotte. Even so, when Shane Scanlon starts coming in to her bakeshop, he becomes a bright spot in her days. The handsome former army medic even strikes up a friendship with her daughter, making Elle wonder if there's room in her life for the excitement he could bring.

Then Elle discovers why Shane's really there: he's Charlotte's biological uncle and wants her in his family. Elle prefers to believe he won't take Charlotte away, but he's already lied once. Now she doesn't know if her connection with Shane was real—or just another lie. 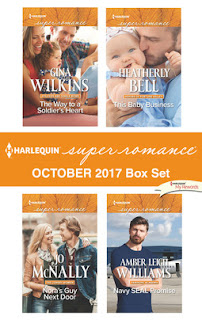 Shane Scanlon has never met his niece. Now a former soldier, he was deployed when his late brother’s fiancée gave the infant up for adoption. Two years later, he’s found her—and her sweetly charming adoptive mother, Elle O’Meara. Shane wanted to know his niece was loved, but Elle tempts him to want more. If only he hadn’t been lying to her from the start…

NORA’S GUY NEXT DOOR
The Lowery Women
By Jo McNally

Nora Bradford likes making plans—and she really likes when things go according to said plans. But finding out her college-freshman daughter is pregnant sets everything in Nora’s world on its head. Falling for the gruff yet handsome Shane Peyton is even more unexpected, especially since their kids are having a baby together. Suddenly Nora’s life is full of surprises, and she kind of likes it—a lot!

THIS BABY BUSINESS
Heroes of Fortune Valley
By Heatherly Bell

Air force pilot Levi Lambert gets the shock of his life when he’s put in charge of the baby girl he never knew existed. His gorgeous neighbor Carly Gilmore agrees to help out, but when his custody is threatened, he asks her to upgrade the position from temporary nanny to fake fiancée! Carly can’t say no, but all too soon, she’s starting to fall hard for what might not be real…

Chief Petty Officer Kyle Bracken can’t be with Harmony Savitt. She’s his best friend’s little sister, for one thing. For another, she’s already experienced the pain of loving and losing a military man—and he won’t put her through that again. But when Harmony’s and her little girl’s lives are in danger, he vows to protect them…even if it means putting his own heart on the line.