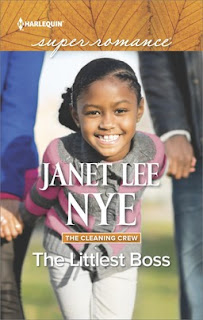 The Littlest Boss
The Cleaning Crew
by Janet Lee Nye

Successful ER nurse Tiana Nelson has sacrificed a lot to provide for her daughter, Lily. She won't let anything, or anyone, jeopardize all she's accomplished. Not even handsome and charming engineer DeShawn Adams. But she's running into him everywhere, and when he connects with Lily, ignoring their attraction is impossible.


After an unexpected visit from DeShawn's past, it's clear that his life isn't as settled as it seems. Tiana can't expose Lily to danger, but walking away from DeShawn isn't easy. Not when Tiana is beginning to suspect that the best thing she can give Lily—and herself—is a future with him. 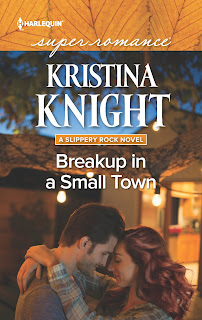 This isn't the man she married…

Jenny Buchanan never considered what "for better or for worse" meant when she married Adam Buchanan at nineteen. Six years and two little boys later, "for worse" arrives in the form of a tornado that ravages Slippery Rock and injures Adam. Now he's a stranger to his family…and love won't be enough to bring him back.


Only when Jenny asks him to move out does Adam become the husband she needs…but Adam isn't the only one who's changed. As their attraction sparks back to life, Jenny and Adam must learn what it is to grow up—and grow together—before this small-town breakup lasts forever. 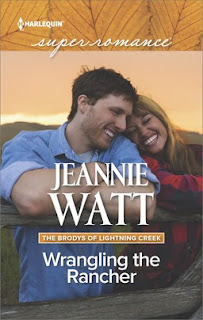 Wrangling the Rancher
The Brodys of Lightning Creek
by Jeannie Watt

It's a thin line between aggravation and…attraction!

She was definitely not part of Cole Bryan's lease agreement. The rented farm is Cole's only chance for peace and quiet…until his landlord's gorgeous, city-livin' granddaughter, Taylor Evans, shows up looking for a place to stay. With nowhere else to go, Taylor isn't taking his "no" for an answer.


Cole plans to wait her out. Taylor's obviously not made for rural life, and she can't get out of Montana soon enough. But he never counted on her grit and determination—or the unexpected pull between them. Now the only way Cole can keep to himself is by compromising his heart… 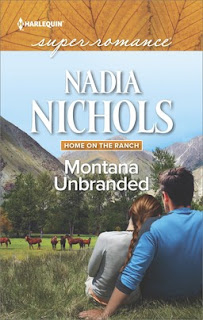 Montana Unbranded
Home on the Ranch
by Nadia Nichols

Tracking down another criminal is not how DEA special agent Joe Ferguson expected to spend his enforced vacation while recovering from an injury. But someone is harming the wild horses of Montana, and attorney Dani Jardine is desperate to stop the culprit. Joe admires Dani's passion for the beautiful, free-spirited mustangs, so he steps up to help her.


While working together, Joe and Dani become closer, and their attraction grows stronger—until danger from his past threatens people they both love. Joe believes the sooner he returns to Providence, Rhode Island, the better. Because some things are meant to stay free… 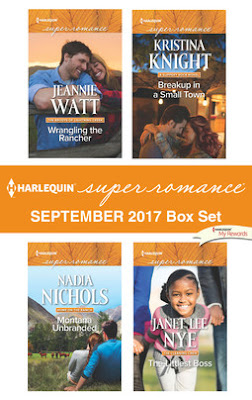 WRANGLING THE RANCHER
The Brodys of Lightning Creek
By Jeannie Watt

Taylor Evans is living on her grandfather’s farm. Temporarily. She can’t wait to get back to a big-city job, and Cole Bryan, the rancher leasing the property, clearly wants to be left alone. So why does she find him so intriguing?

MONTANA UNBRANDED
Home on the Ranch
By Nadia Nichols

DEA agent Joe Ferguson believes it’s safer to remain free and unattached. Until he meets Dani Jardine. Dani’s passion for wild horses is contagious, and when these animals are in danger, Joe helps this strong woman protect them. Then the stakes get higher in a showdown with a mob boss, forcing Joe to take stock of how he’s living his life and who he wants to share it with.

When Adam Buchanan rushed in to rescue children trapped in a day-care center during a tornado, he never imagined that his selfless act could cost him the family he holds most dear. But he’s about to learn a whole lot more about true courageâ€¦

THE LITTLEST BOSS
The Cleaning Crew
Tiana Nelson—the woman DeShawn Adams never forgot—is back. He wants to get closer to the ER nurse and her adorable daughter, but after a surprise visit reminds him that he can’t bury the past, he has to make the choice of a lifetime.