Have you heard? This October, ten of the Superromance authors will be releasing an anthology of small-town novellas!

We've been talking about doing this for ages, so we're incredibly excited to tell you about it. We'll have more info as we get closer to the release. But right now, we want to share one important piece with all of you, and that's the dedication. You see, we're dedicating the entire anthology to our wonderful Superromance editors, and we want everyone to know just how special they are to us. Here's what we said:

This anthology could not and would not have happened without the encouragement and support of the amazing Superromance editorial team – Victoria Curran, Karen Reid, Megan Long, Claire Caldwell, Piya Campana, and Deirdre McCluskey. They were not part of its development but they went above and beyond to smooth the path for us, both directly (legalities!) and indirectly (making our in-person meetings possible). There is a rumor that wine may have been involved in the process, but our lips are sealed.

The editor-author relationship is a unique one, built on trust, honesty, wisdom, and vulnerability. Authors pour their hearts onto the page and hand the result over to editors, who have the responsibility of guiding the author toward a stronger story without losing either the heart of the book or the spirit of the author. The Superromance editors excel at this delicate balance. Each author in this anthology will tell you that she is a better writer because of her editor, and each time, it will be truth.

We, the authors, dedicate this anthology to our editors – the women who have taken our words and dreams and hearts and turned them into something so much more than we could have ever imagined.  The days of Superromance are drawing to a close, but our memories and appreciation and good wishes will live on. Never stop being amazing, ladies. 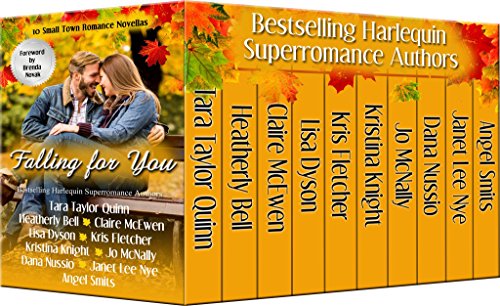 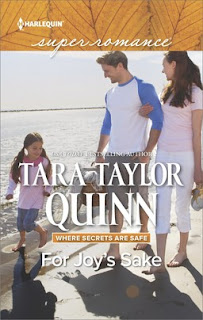 For Joy's Sake
Where Secrets Are Safe
by Tara Taylor Quinn

There's something about Julie

Hunter Rafferty is committed to two things: his bachelor lifestyle and his career as an event planner. But working with Julie Fairbanks on a fund-raising gala is quickly becoming the best part of his day. He can't stop thinking about the mysterious beauty—despite her refusals to have dinner with him.

Everything changes when seven-year-old Joy comes to The Lemonade Stand, a shelter for victims of abuse. To help Joy overcome her trauma and the mystery surrounding it, Hunter and Julie push beyond their boundaries, confronting their own past pain…and feelings for each other. 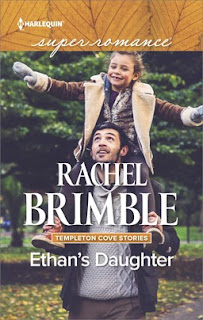 There's safety in solitude…isn't there?

Single dad and best-selling thriller writer Ethan James has no problem being Templeton Cove's most famous recluse…until a surprise visit from the past plunges him into a real-life crime drama just as feisty nurse Leah Dixon barges her way into his world.

Ethan's first priority is to protect his daughter. His second priority is to keep Leah out of this dark web—and that means out of his bed. Except Leah isn't going anywhere; she's afraid little Daisy is in danger. Ethan couldn't live with himself if anything happened to Leah…but pushing her away may be even harder! 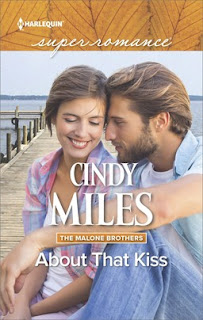 About That Kiss
The Malone Brothers
By Cindy Miles

A love worth fighting for

Once a dedicated Coast Guard rescue swimmer, Nathan Malone lost more than his confidence the day he couldn't save his fiancée. He lost his faith in love. Nathan's come home to Cassabaw Station and put his life on hold. That changes, though, when Sean Jacobs and her five-year-old daughter move in next door.


Sean is unpacked and unsettled, and the fear in her eyes tells Nathan she's running from something. Yet despite his better judgment, Nathan can't ignore the tug at his heart. He'd do anything to protect Sean and her adorable daughter, because Nathan's not letting love slip through his fingers again… 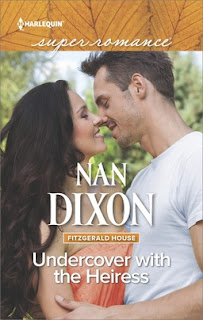 Undercover with the Heiress
Fitzgerald House
by Nan Dixon

What's behind her beautiful mask?

FBI agent Kaden Farrell is on a mission. He's undercover at Fitzgerald House in Savannah, where a little girl is the key to his investigation. And that's what he needs to focus on, not a down-and-out heiress whose jeweled eyes haunt his dreams.


Courtney Smythe might be spoiled, but when Kaden notices her ease with the children at the B and B, he sees the beauty beyond her looks. Getting close to Courtney will help his case, and giving in to attraction is the right thing to do. Even if it means perpetuating a lie… 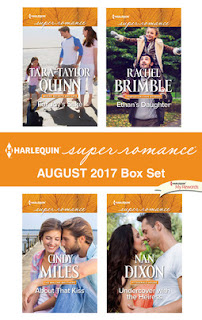 When Julie Fairbanks is brought in to help a little girl at The Lemonade Stand shelter, she does not expect to have to work with Hunter Rafferty. While he is charming, he is also persistent, and Julie does not—will not—let anyone get close.

ABOUT THAT KISS
The Malone Brothers
By Cindy Miles

Once a Coast Guard rescue swimmer, Nathan Malone lost more than his confidence the day he failed to save his fiancÃ©e from her sinking fishing boat. Back home in Cassabaw Station, he’s trying to pick up the pieces as captain of his family’s shrimping business. And then he meets his shy, keeps-to-herself new neighbor, Sean, and her outspoken and adorable five-year-old daughter… Can he find love again with a mom he discovers is desperate and on the run?

ETHAN’S DAUGHTER
Templeton Cove Stories
By Rachel Brimble
All Ethan James wants is a quiet life for himself and his daughter. But as threats escalate against them both, Leah Dixon will stop at nothing to help—no matter how much the single dad tries to keep her at arm’s length.

UNDERCOVER WITH THE HEIRESS
Fitzgerald House
By Nan Dixon

FBI agent Kaden Farrell is undercover at a Savannah B and B. A child there is connected to his drug case, so it only makes sense to get close to the kid’s nanny…down-and-out heiress Courtney Smythe!