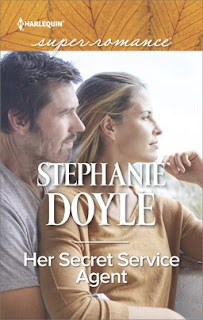 
She wants her Secret Service agent back…


She was the president's only daughter. And like a bad movie cliché, Vivian Bennett fell in love with her Secret Service agent, Joe Hunt. Except the night she chose to confess her feelings, the night he rebuked her embarrassing advance, was the night her stalker kidnapped her.

That was ten years ago. Joe, of course, had rescued her. But that didn't stop her father from firing him, and her juvenile mistake cost Viv her best friend. Well, she's back in Washington and, even though her dad's no longer in office, she's started to get threatening letters. She needs—wants—the only man she's ever trusted to protect her a second time. 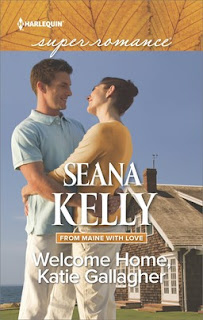 
Nobody said a fresh start would be easy


A clean slate is exactly what Katie Gallagher needs, and Bar Harbor, Maine, is the best place to get it. Except the cottage her grandmother left her is overrun with woodland creatures, and the police chief, Aiden Cavanaugh, seems determined to arrest her! Katie had no idea she'd broken his heart fifteen years ago… 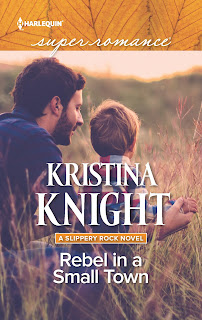 
James Calhoun has never been able to resist Mara Tyler, or her knack for mischief. Her reputation as a reckless teenager drove Mara from their hometown. So Slippery Rock is the last place James ever expected to see her, and Mara's timing couldn't be worse. With the upcoming election for sheriff, she threatens the squeaky-clean image James needs to win. Because Mara has brought with her the result of their steamy affair: his two-year-old son, Zeke. After the initial shock, James is determined to have both his family and career. He just needs to convince Mara that her home is where it's always been. With him. 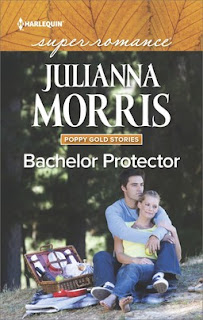 Driven to defend a woman who won't let him!


Poppy Gold Inns should be the perfect place to relax, except architect Tyler Prentiss doesn't do slow. He's juggling his work long-distance while looking after his brother, a wounded soldier battling PTSD. And he's figuring out how to make nice with Sarah Fullerton, his mother's new boss. Helping the stubborn, sexy baker remodel her kitchens is a step in the right direction, he figures. And when someone begins harassing Sarah, he wants to do more, but the independent woman won't let him. Tyler knows all about needing space. She's in danger, and so is he…of finally opening his heart. 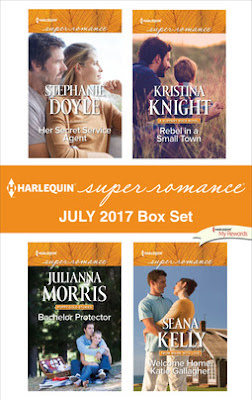 HER SECRET SERVICE AGENT
by Stephanie Doyle
She was the president’s only daughter. And like a bad movie cliché, Vivian Bennett fell in love with her Secret Service agent, Joe Hunt. Except the night she chose to confess her feelings, the night he rebuked her, was the night her stalker got her. That was ten years ago; long since Joe had rescued her, lost his job and she’d lost her best friend. But now she’s back and she needs the only man she’s ever trusted to save her a second time…

BACHELOR PROTECTOR
Poppy Gold Stories
by Julianna Morris
Sarah Fullerton doesn’t need Tyler Prentiss to protect her. Yes, strange things have been happening and, yes, it’s possible she might have a stalker. But she can handle it on her own—and she definitely doesn’t need help from an overbearing, emotionally closed-off man. No matter how steamy the attraction is between them…

REBEL IN A SMALL TOWN
A Slippery Rock Novel
by Kristina Knight
Detective James Calhoun believed he’d put his feelings for Mara Tyler firmly in the past…until she shows up in Slippery Rock again with a toddler she says is his.

WELCOME HOME, KATIE GALLAGHER
By Seana Kelly
With the end of her marriage, Katie’s decided a fresh start is in order. So she moves to Bar Harbor, Maine, and takes up residence in the cottage her gran left her. Though not everyone’s happy Katie’s back, including Aiden Cavanaugh. But despite his grumbles, Katie feels a certain heat between her and the handsome chief of police…a flame she definitely wants to fan.

Great set of romances this month thank you all. Happy 4th!
Penney