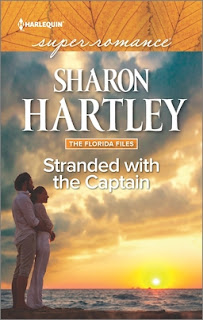 Stranded with the Captain (The Florida Files) by Sharon Hartley

What she wished for…and more!

An adventure is exactly what Cat Sidran wants when she and two friends charter a boat for a sailing trip in the Florida Keys. Throw in a swarthy captain, and Cat has the perfect amount of excitement. Until pirates overtake them, and Captain Javi Rivas reveals himself to be an FBI agent.

Working with Javi gives Cat a thrill like she's never felt before. She can handle danger for a couple of days if it means saving her friends, but anything longer… She loves her quiet life; Javi thrives on adrenaline. She needs to forget her captain…if that's even possible. 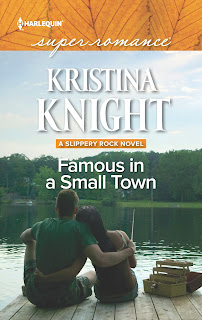 Famous in a Small Town (Slippery Rock) by Kristina Knight

Lifestyles of the small-town famous

Forced to leave Nashville after a scandal, Savannah Walters has come home to Slippery Rock, Missouri, with a bruised ego and her singing career in jeopardy. As if that isn't humiliating enough, on her way into town she's rescued by her swoon-worthy childhood crush, Collin Tyler.

His hands are full running the family orchard and dealing with his delinquent teen sister, so Collin doesn't need to get involved with someone as fiery and unpredictable as Savannah. But the intense attraction between them can't be denied. And when disaster strikes, they'll both be surprised by who's still standing when the dust settles. 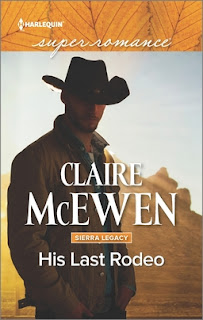 Back in the saddle again…

Tyler Ellis catches Kit Hayes completely off guard when he swaggers back home and into the bar she manages. Since high school, he's been a champion rodeo star…a notorious playboy…and now, apparently, a bar owner. She accepts his offer of a hefty bonus and helps him transform the place because she's desperate to escape their tiny town in the Sierras. She doesn't expect him to work this hard beside her. Where's the cocky cowboy he's supposed to be? Instead she discovers he's still the sweet, genuine young man she once knew. And so much more…including a threat to the adventurous life she craves. 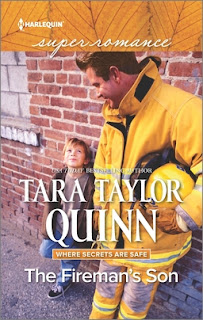 The Fireman's Son (Where Secrets are Safe) by Tara Taylor Quinn

Secrets are burning out of control

After she broke his heart in college, Faye Walker is the last person fire chief Reese Bristow ever expected to see again, especially as his new EMT. But that's not Reese's only surprise. Faye has an eight-year-old son, Elliott, whose counseling at The Lemonade Stand shelter is her first priority.

It's nearly impossible to accept that she had a child with another man—and married that man—right after their breakup. Trusting Faye won't be easy. Especially when she reveals a secret about the boy that might tear them apart for good. 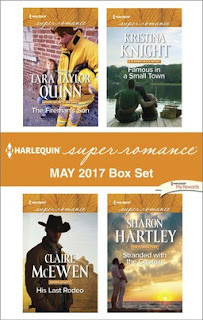 STRANDED WITH THE CAPTAIN
The Florida Files
By Sharon Hartley

Happy May... boy does this year seem to be moving fast!

Another great set of books, thank you! Can't wait to read these.
Penney

Another great month of releases!