I'm deep into writing my next Superromance, at the point where the characters are usually becoming fairly familiar to me, but I'm still having a problem with my hero. He has a great backstory. I know a lot about him. I'm figuring out his humor, what's important to him, what can reduce him to a pile of mush before he even knows it - but something is still wrong, and I finally put my finger on it.

He needs a new name.

I usually change names for my characters many times through the course of a story. It has to fit, you know? And even when I think I have the perfect name, it often changes, usually because I've learned more about the character and the original name no longer fits. Most of the time, that's easily fixed with a find-and-replace. It's not so easy when the character is one I used in a previous book and the name is one I would never have chosen if I'd known exactly how much time we would end up spending together. 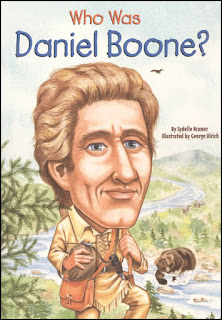 This time, though, there was a different problem. This is a brand new guy, so I had a blank canvas to work with. I wanted a name that was one syllable, but not super short. It needed some depth to it. I went with Boone. Really, it was his last name, but for many reasons he went by that instead of his given name of Jackson.

Boone. Not bad, huh? Not really common, yet everyone knows it. Kind of rugged, but playful at the same time. Has great associations.

Yet it still wasn't sitting right with me.

The reason totally eluded me until I sat down to send an email to one of the young men in my family. His name is Daniel. When he was younger, we called him Daniel Boone. Or just - yep - Boone. 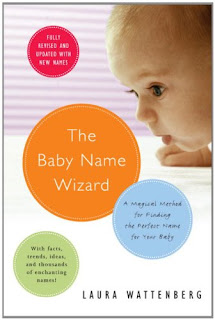 I sighed, went back to my  taped-together favorite name book (The Baby Name Wizard, by Laura Wattenburg), and hit the drawing board. Levi? Eli? Doyle? Flynn? Rafe?

That one lingered. It's been on my name radar for a long time, as one I would like to use but hadn't yet found the right character to wear it. But this guy ... this man who had a heartbreaking childhood, who now lives in South America but maintains his Canadian citizenship, who has been tested by time and circumstance but still has a core of decency that makes him desperately want to help ... this might just be the guy.

Hello, Rafe. It's good to meet you.


That is, unless you turn out to actually be a Joe ...

Great post, thanks for sharing! The last single-syllable name that caught my attention was Keir.

Oooh, Keir! That's a good one!

One of my brothers is Davey. We called him Davy Crockett. He loved it.

Denise, oh, that was perfect!

A funny coincidence... I was looking for a name for my hero's brother, earlier this week, who may or may not become the hero of his own book, and I chose Rafe for him! ;-)

I think I'm like you in this, Kris. If a character's name isn't right, it bugs the snot out of me. Funny, we name our own kids without any regard for their personalities, but then we name our characters and those names have to fit just right. :)