It’s no secret I’ve found my nest near the white sand dunes of the U.S. Gulf Coast. But, growing up, I knew something slightly different and once every March/April I’m reminded of that. I’m the product of a Monroe County, Alabama childhood. First, I lived in a teensy town called Burntcorn before my family moved to Monroeville around the time of my sister’s birth. Before moving south to the coast, my parents built their first home in the middle of a dandelion field in Excel. Little did I know, just a few miles down the weather-beaten road in Repton, my husband was being raised as well. (Coincidentally, his clan moved to the coast within a year of mine though we didn’t meet there until I turned eighteen.) 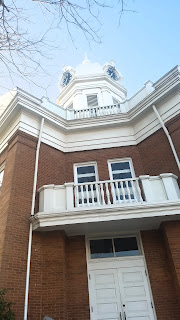 Monroeville is known for many things. It’s billed as the literary capital of Alabama thanks to the long-time residency of literary giants Truman Capote and Pulitzer Prize-winner Harper Lee. Popular opinion has established Monroeville as the real-life equivalent of Maycomb, Alabama, the setting of Lee’s To Kill a Mockingbird. To my husband and me, it’s the place we come back to get our taxes done. We pile the kids into our road-style Millennium Falcon and hit the interstate. Everything’s uphill from there. There’s a sign for a Creek Indian Reservation just before our exit. Monroeville’s a bit off the beaten track. It sits in the center of a rural county. Gentle green hills roll into fields of crop. The road bumbles over uncordoned railroad tracks. Tiny towns tick by on the GPS with nothing much to show for them but quaint city halls, box post offices and southern churches. There are houses and shop facades Lee and Capote might’ve seen in the Depression era, some that have been redeemed and renovated and others that have faded with the times. Our kids offer sound effects as we pass herds of cows, horses, goats, one preserved rail car in Fresco City (not actually a city) and a rusted graffiti train as we close in on our destination... 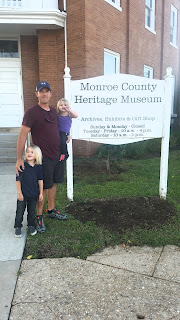 When we were young, Monroeville seemed like a hopping place, but the doors of the Vanity Fair visible from the house I lived in when my sister was born have long been shuttered. The sign for the Goodies department store my husband remembers his mother often shopping at stands, but the store itself closed years ago. As we cruise into town, memories come alive. Immediately to our left is the Monroe County Hospital where my husband was born (all ten pounds, four ounces of him). I point to the pizza place where one of my favorite birthday parties was held. He notes the outdoor market where his family regularly bought feed for their menagerie of animals and the fast food place with its once-wooden playground where he would chase his brothers. I remember another birthday party there as well as a celebratory play date after my preschool graduation. We were strangers then, but we can both recall the exact sound of the rickety bridge that stretched from tower to tower, the grainy texture and earthy scent of the bark mulch that littered much of the lot. I can still taste and feel the cold sticky touch of a vanilla soft serve ice cream cone dripping down my arm faster than I could eat it while my friend and I hid from the summer sun, resting against the cool walls of the round metal tunnel. 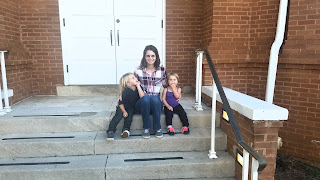 Our priority for much the journey involves sitting in an office building for an hour plus. For the last two years, we’ve rewarded the kids for behaving (mostly) so our trusty accountant can tell us how much we owe our government by taking them to the Monroe County Heritage Museum. Here lies the legacy of Harper Lee and Truman Capote. The impressive brick structure with its white clock tower was once Monroeville’s city hall and was used as the model for the courthouse in the film version of To Kill a Mockingbird. It hosts the Alabama Writer’s Symposium, reading clubs, teacher workshops, theatrical productions of To Kill a Mockingbird and more. Since being made into a museum, the main part houses an life-size replica of the courthouse from the Oscar-winning movie. It’s also the centerpiece for the downtown walking tour and bus tour featuring the homes of Lee and Capote, the law office of Lee’s father (the inspiration behind the character Atticus Finch), and even the site of the hotel where Gregory Peck stayed in preparation for filming To Kill a Mockingbird. 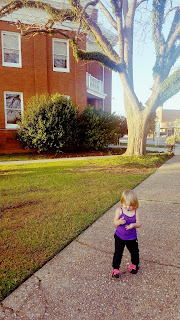 This year, the museum was closed by the time we arrived, but the kids still got to run around the gardens and picnic area, interact with the statues of Scout, Gem and Dill and sneak in on an outdoor rehearsal for an upcoming performance of To Kill a Mockingbird. In the last afternoon light, I got to watch my daughter walk all by herself up the steps to the rotunda and hear my son giggle from his hiding spot behind a jasmine-lined trellis. We snapped pictures on the bench as we did last year for retrospect. We soaked in the last glow of nostalgia and my husband snipped the end off a jasmine vine by way of a fragrant memento.
On the ride south toward home, I watched the sun sink beneath a tree-lined horizon. I was overwhelmed by nostalgia. I love the rich environment my parents eventually migrated to, just as I love raising my children there just as they did. Monroeville is a simple town. The pace of life there hasn't changed much since I was a girl. Yet I’m nevertheless struck by how fortuitous I was to have lived there – to at any point have been rolling my miniature shopping cart next to my mother’s at the Piggly Wiggly passing the distinguished likes of Harper Lee in the aisle -- to have accidentally bumped into the kid-sized version of my future spouse on the playground as children are ought to do. It’ll be years before our kids grasp why we continuously pilgrimage to the place neither of us think of as home anymore. But hopefully, one day, they’ll understand the sentiment as much as the history behind it.

Posted by Amber Leigh Williams at 12:00 AM