I stood in the check-out line at Academy Sports + Outdoors wondering why. Why must I buy this? I hadn’t gone into the store to buy the cylindrical item tucked under my left arm giving off the faint whiff of fresh thyme to passersby. In fact, I’d been coerced to walk from one side of the mall to the other by my much more fitness-minded hubby so that he could upgrade his weight bench. Serves me right, I guess, for making him spend an hour-and-a-half tucked between the intimate stacks of Barnes & Noble. Truthfully, I blamed him. He’s good at many things. One is the art of the impulse buy. Another is offering the delicious/devilish temptation to nudge agonized individuals such as myself into making an impulse buy. “This is ridiculous,” I kept saying. “I won’t use it.” He stood behind me with his barbell and his 25's. “Yes,” he murmured with a slight hiss that made me think of the Snake. You know the one; the one we sometimes blame for mankind’s misfortunes. “Yes, you will.” I didn’t have to turn to see the man’s certified understanding. Sometimes he knows things. Or maybe he just knows me.
The next day, I unlatched my impulse item and rolled its contents out in the middle of the bedroom floor. The yoga mat was the Kelly green of Irish hills (my favorite color). The room smelled instantly like the inside of an herb garden. The trusty yoga book I’ve had since I was sixteen stood at the ready, flipped to its beginner pages. It’d been a while since I had done this. A very long while. But the man was right, I reminded myself. I needed it.

This was the year my anxiety levels had skyrocketed. The medication my long-time physician had prescribed had only made things worse. I was having multiple panic attacks on an exhausting everyday basis and I was done - drained mentally and physically. The hubby seemed to think that exercise was my best recourse. You don’t have to have a thyroid disorder like me to know how unmotivated one can be when confronted with the prospect of voluntary sweat. So instead of running, Pilates and every other form of cardio, I chose to compromise with an old fallback – yoga.

Yoga was a comfort to me long before my high school health teacher encouraged me to give it a go. How vividly I remember summer and winter weeks spent with my paternal grandparents. My sister and I became quickly acquainted with after-lunch quiet time. We were given the choice between reading and napping during this half-hour period while talk and play were discouraged – and, to my sister’s horror, absolutely NO television. While she tried to find the quietest way of bending the rules, I sought the pages of my books and hoped silently that she would get herself into trouble. More vividly, I remember the sound of the metronome tick-ticking from the next room where at any given point I could raise my head and see my grandparents engaged in an impressive sequence of advanced yoga poses. I remember the low sound of one of their voices as they read cross-legged from a well-worn, leather-bound yoga tome and the deep inhales and exhales that proceeded with each flowing movement. As I advanced into my early teens, I frowned over their daily regimen. It should’ve been ridiculous – my beloved Pitty Pat and Gramps stretching, twisting, contorting into the odd shapes the book told them to. Frog, Cobra, Tree – what would be my son’s personal favorite, Happy Baby. But it wasn’t ridiculous. They looked natural and at ease. After, they seemed more contented. Centered. Some days, verklempt. Once, they did give my sister and me a shock, however, when we tiptoed into the kitchen of their winter Gulf-facing condo to grab a stealthy snack and were confronted with both of them doing head-stands in front of the wide glass balcony doors, the turbulent blue vista beyond them. In truth, the shock quickly faded into admiration. My sister and I spent the rest of the afternoon trying to duplicate their rock-steady mien. Talk about balance and core strength!

The yoga did calm me down between 2010-2011. In fact, it wasn't long before the hubby's "You're going to be okay"'s morphed into a smiling "You're okay." I prided myself on talking myself down with a daily dose of om. It’s leagues better to heavily meditate than to heavily medicate. I might even sometimes point to yoga/meditation as the culprit for my first pregnancy, which fell within a year of my Kelly green purchase. In my third trimester, when my blood pressure began to increase, I turned to prenatal yoga. It worked beautifully until Week 39 when my son entered the world. Shortly before his fourth birthday last year, he started preschool at home. I noticed his tendency to learn better from movement. We introduced kiddie yoga to our repertoire. Within a few days, he had mastered Tree Pose (not easy for those who squirm). We spent an exciting week warming up for lessons with dinosaur-themed yoga. And my not-yet two-year-old can do an impressive Downward-Facing Dog - barking, of course.

That trusty yoga book is still on my shelf but I’ve since moved on to power yoga. It gives me an energy boost in the morning and the added challenge of two kiddies using my Warrior, Pyramid, Plank and Wheel as their living Limbo sticks. (“How low can you go, mama?”) I prided myself recently on getting the hubby excited about starting Bedtime Yoga to help soothe his troubled sleep cycles. I could tell you I do it for the flexibility and the balance of both body and mind. Truthfully, I do it to reacquaint myself with the quiet inside my head. You don’t have to preschool two youngsters or wrestle bouts of Generalized Anxiety Disorder to need a little more om in the space between your ears. And thanks to yoga, I'm a better human. I'm a more present wife and mother. I'm more courageous and strong. It might even make me a better writer! (Added bonus the day I can finally Chin-Stand or Peacock like a rock star.) Namaste, Super readers! 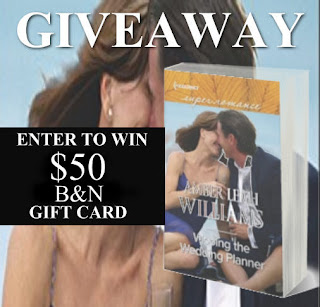 Posted by Amber Leigh Williams at 1:00 AM

What a fabulous post. I love your writing! And I admire your dedication to yoga. I have anxiety too and I know yoga will help, but knowing that and actually doing it are two different things!

Claire, thank you for reading! It's amazing how five to ten minutes of stretching a day can change the way I think, feel and breathe. I just hate it took me so long to find yoga again after all that time :-)