When the Levee (Always) Breaks 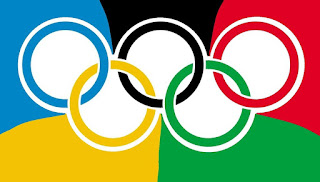 Jumping on the Olympic blogging train but only as a segue into today’s topic.

I love the Olympics. Even the short Olympic theme they play at the commercial break on NBC gives me goosebumps. My kids are into it this year, too, which makes it doubly special. Young Skywalker has taken to practicing his platform diving skills off the arm of the couch. He prefers the women’s diving for the same reason his daddy does but tolerates the men’s, mostly for my benefit. (Mommy loves beardy Boudia!) Baby Ewok takes great delight in watching the floor routines in women’s gymnastics and seems to be a Simone Biles fan already.


I’ve noticed a trend. When it comes to the Olympics, I cry at the drop of a hat. National anthems lead to a satisfying jag. The more emotional the athlete, the more emotional I am, no matter their nationality. Kerri Strug sticking her second vault landing so that the US gymnastics team could win their first gold in Atlanta in ’96 despite damage to her ankle from her first vault - Niagara Falls. The Winter Olympics when baby-faced Canadian ice dancers Tessa Virtue and Scott Moir skated to gold to the tune of Gustav Mahler - holy crumpets. That clip from the Barcelona games in ’92 of Great Britain’s Derek Redmond tearing his hamstring and being helped across the finish line by his father - you’re going to need a mop to clean me off the floor. When Team Refugee walked into the Rio opening ceremony waving the Olympic rings, I boohooed. Just like I boohooed when I saw the selfie taken by the two North and South Korean gymnasts together…. 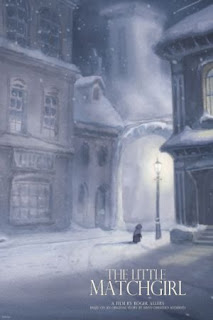 Truthfully, since the children’s choir started to sing the Olympic theme at opening ceremonies in Rio, the waterworks started and they haven’t really stop. The funny thing is, I’m not normally a weepy person. Or, er, I’ve reached the point in life where weeping on an everyday basis is no longer acceptable…I suppose because I’m now in charge of wiping little ones’ tears. My own little ones, no less. It’s difficult to explain to a three-year-old why mommy had to rush from the room after viewing the Disney short The Little Match Girl. Or why I teared up over dinner later that evening when the hub vetoed the idea of adopting ten orphaned Russian girls. (From a literary standpoint, The Little Match Girl is a Danish story, but it was reinvented by the animators at Disney against the dreary, wintry backdrop of Moscow. I haven’t given up entirely on those adoption plans yet....)


Keeping it all tucked behind the quivering upper lip doesn’t always work. A particularly poignant moment between Young Skywalker and me happened when he was just eight months old. I’ve sung “Somewhere Over the Rainbow” to him since he was still in utero and almost every night since he was born. When he was less than a year old, I lost my voice to a vicious summer cold. I could hardly drum up a whisper. I’d never not sung to him so it was no surprise when he wouldn’t settle down for a nap. Desperate, I opened the YouTube app on my smartphone and queued up the black-and-white clip from The Wizard of Oz where Judy Garland sings the original “Somewhere Over the Rainbow.” His wriggly little body stilled as she breezed through the first familiar bars. Then his face turned up toward mine and he smiled at me so lovingly, I was forced to turn my face away for fear that my tears would eclipse the joy of him hearing the lullaby. When I did get my voice back, it took weeks for me to get through “Somewhere Over the Rainbow” without the urge to weep breaking up some part of the medley. 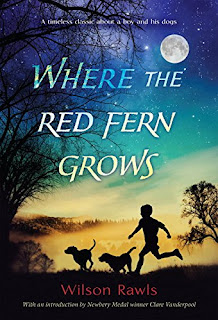 There’s always that one movie (or two) that makes you do the ugly cry. The hub really isn’t one to boohoo, but neither of us can get through the last ten minutes of Lord of the Ring: Return of the King without making Halle Berry at the Oscars proud. We have different moments that bring on the hurt. Mine’s first: Sam and Frodo are lying on the crumbling mountain in Mordor waiting to die. When Sam starts reminiscing about Rosie Cotton dancing, the levee breaks. I know the exact moment the hub starts to cave—at Aragorn’s coronation when everyone bows to Frodo and the other hobbits. He crumbles like a cookie…or a mountain. In Mordor.
Books are a real killer. There's a reason I've only read The Notebook once. Any of The Bronze Horseman trilogy whips me into a tearful frenzy. I keep going back and rereading them. Apparently, some part of me enjoys emotional torment?? The first book that touched me to the point of crying was, of course, Where the Red Fern Grows by Wilson Rawls. I will never again read Harry Potter and the Deathly Hallows. The knife that killed Dobby killed me, too.


It’s confession time, Super readers! Even if you’re not one to weep like a fountain during the Olympics or otherwise, everyone has their weaknesses! What song, story, or situation repeatedly brings on the waterworks for you—happy or otherwise? 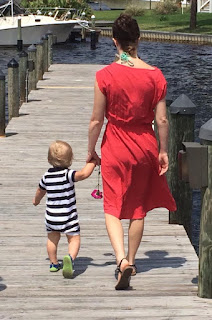 Posted by Amber Leigh Williams at 12:00 AM

When they strike up the National Anthem, of any country, I'm gone. I get so emotional and when the athlete cries I'm right there with them. A highlights/lowlights reel will make me sob like a baby.

Thanks for sharing!Great article! We are linking to this great article on our site. Keep up the good writing.
http://www.mybesthomeespressomachine.net/

National Anthem gets me every time