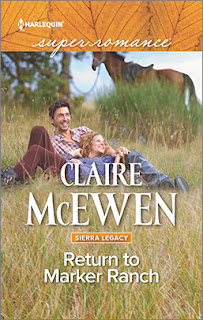 This is one reunion both of them could do without
This is the chance she's been waiting for to prove she can run her family's ranch. And despite her many doubters, Lori Allen knows she's doing a good job. Until the man who once broke her heart—Wade Hoffman—runs her well dry! And it turns out he's got as much to prove as she does. After serving his country, Wade's back to rebuild his family's reputation and win his battle with PTSD.

With so much to lose, neither can afford to give in to temptation. But to succeed they must let go of old heartache and face up to bringing out each other's worst, along with the best. And what doesn't kill them… 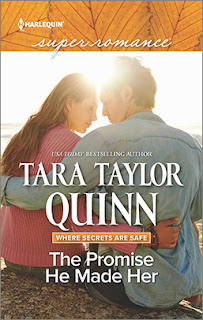 A man of his word
Dr. Bloom Freelander thought it was safe to breathe again when Detective Sam Larson put her abusive ex away for good. She's been moving on, running a private practice and providing psychiatry services to The Lemonade Stand women's shelter. But now that her ex is a free man, she's in danger once again.

Forced into protective custody, Bloom can't help but fall for her protector. But she has every reason to doubt the handsome detective's word. Sam broke his promise to her once. Who says he won't break it again—along with her heart this time? 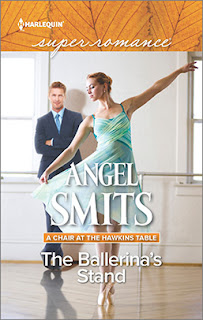 The Ballerina's Stand (A Chair At The Hawkins Table)
Angel Smits

When she was growing up, a deaf child in foster care, dancing gave Lauren Ramsey a sense of belonging. Now she's a prima ballerina with her own dance studio; everything's finally going right. And then lawyer Jason Hawkins turns up and drops a bombshell: Lauren's unknown father has left her a fortune.

Well, Jason can take that money and shove it. Except…he can't. Once he sees Lauren dancing, he can't stay away… 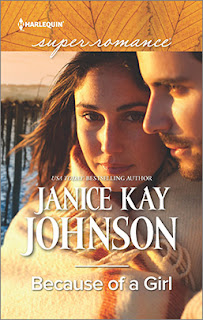 Because Of  A Girl
Janice Kay Johnson

If they hadn't lost the girl, Meg wouldn't have found Jack…

She hadn't hesitated to take in Sabra, her daughter's pregnant best friend. Yet maybe that was Meg Harper's first mistake. It was hard enough raising one teen, but two? And now the girl has disappeared. Because Meg's the responsible adult, police suspicion falls on her. Which brings her entirely too close to Detective Jack Moore.
The man's clearly attracted to her, but she hasn't been in a relationship in years and she doesn't even remember how to begin. Her past is…complicated. One thing she does know: she absolutely doesn't want Jack to be her second mistake. Her heart couldn't take it. 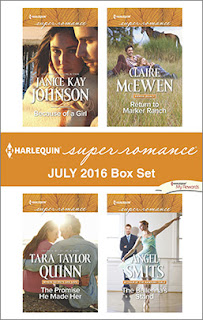 #2040 BECAUSE OF A GIRL
by Janice Kay Johnson

Join HarlequinMyRewards.com to earn FREE books and more. Earn points for all your Harlequin purchases from wherever you shop.
Posted by kris at 8:26 PM

The covers are all so lovely too!!

Another bunch of great books this month! I am really excited over Return To Marker Ranch , thanks for postings these.
Penney