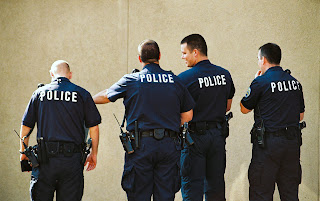 Yesterday was my birthday. It didn’t start like most of my birthdays.  I woke up from a dead sleep to find that it was light outside, which startled me. I go to bed at 8:30 and get up at the crack of dawn. It was way too light to be the crack of dawn, so…?

That was when I heard the voices and the knocking on the door. We live in the middle of nowhere; no one drops by my house. I haven’t had a single Trick-or-Treater in twenty-two years, so a knock on our door at any time, unless it’s Fed Ex or UPS, is very strange. Heart-poundingly strange.

I headed out to the living room to discover that the house was pitch black, despite my bedroom window being lit up. And there were two men on my porch. Figuring that if they were bad guys, they wouldn’t be knocking, I opened the door and found myself facing two deputies. I had neglected to put on my glasses, so they were blurry deputies,  silhouetted by the headlights of their vehicles, which were creating the pseudo daylight outside my bedroom window.

“Hello, ma’am. We’re here because a neighbor wanted us to check on your welfare.” 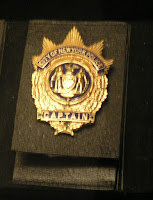 “We have a report that this house has been unoccupied for days.” Blurry deputy #1 stares suspiciously at me. I’m wearing a fuzzy red robe and squinting at him because I can’t get him in focus.

“Nope. Been here the entire time.”

“This house hasn’t been unoccupied?”

The deputies then go on to explain that my neighbors were concerned because my house has been dark for days and they saw a car drive past the driveway and then turn around and drive in. They were afraid we were being robbed.

Okay, even with my heart pounding and my brain scrambling to make sense of these strange goings-on, I found that incredibly sweet. Our newest neighbors live a half mile away. They just bought the house and we’ve yet to meet them, but they cared enough to call the sheriff when they thought one of their new neighbors was being robbed.

I explained to the deputies that the house hasn’t been empty—that we live on a generator and go to bed before dark, so that’s why the neighbors haven’t seen lights. If someone turned down our driveway, they weren’t there now and so the deputies were free to go on their way.

They were quite happy to do that—after I showed ID and proved that I was who I’m supposed to be, which was the homeowner and not a fuzzy-robe-wearing robber. I might sound glib, but I appreciate that they did that. I mean anyone could bring a fuzzy robe and pretend to be a befuddled homeowner and distract the deputies while a partner continued to bag the family silver.

So the day started with the cops arriving a little after midnight. Several hours later, one of my good friends had a healthy baby boy.  My family called me, I made incredible meat pies and then  my husband broke out the good Scotch. We toasted birthdays--both mine and little Cullen Finn’s--as well as Father’s Day, healthy happy kids, caring new neighbors and being blessed in general.


Truly a full and rich day.

What a way to begin the day, let alone a birthday.

My heart would just be racing.
Glad everything turned out so well (other than your disrupted sleep).

I probably would have hidden under the covers if someone knocked on my door in the middle of the night!

Your police experience seems a bit better than mine last week in Italy – at least your police cared enough to check who was living there. :)
Our power went off in the remote house we were staying in in Puglia, and the alarms went crazy when it came back on. The police came, but just called over the gate to see if we were okay, and then waved and drove off. I thought they should have at least asked for some ID, or checked if we'd locked the owners up inside!

This made me laugh so hard! Should I be laughing? Heh, heh. :) HAPPY BIRTHDAY!! You'll never forget this one!

O M G ! I would have flipped out! LOL