Refueling with Raptors and Roses.

I finished a new book at the end of March. I wrote it quickly, in a big, frantic, heartfelt torrent, and sent it off to my editor. I was exhausted when I hit send, so tired I could barely speak. I felt like I'd used up all the words in my head to write the story.

Luckily it was spring break, and we'd planned a vacation to Southern California. We visited Disneyland, and then had a couple of the most magical days visiting the Museum of Natural History in Los Angeles. My son is a budding scientist, and at the museum they have two of the things a six-year-old scientist wants to see the most.  A real space shuttle and dinosaurs!

We spent a day in the space exhibits, and saw the space shuttle Endeavor. And then we went to the dinosaur hall. It is one of the best exhibits I've seen. They have a mind-boggling collection of dinosaur skeletons, including a sauropod who towers over you as you go through one of the rooms.  That's its head, way off in the corner by the ceiling! 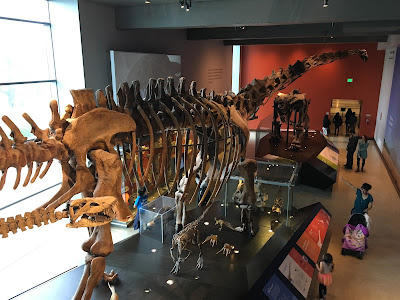 There was so much to see, so much to think about and marvel at. It truly was transporting. 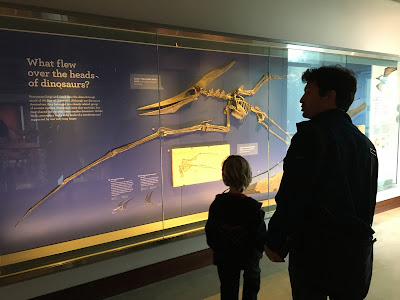 I know dinosaurs have nothing to do with writing romance. But being in their presence was rejuvenating. They are so fascinating, so fun to learn about, and they woke up my tired curiosity. 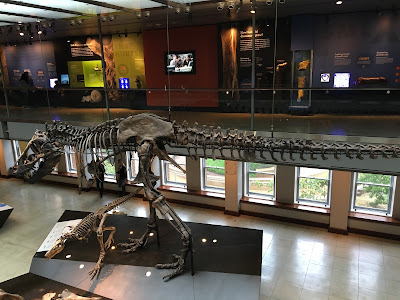 And the museum itself is gorgeous. Very grand. As if the dinosaurs were attending a ball, or visiting a palace, totally out of place under its arches and carved ceilings. 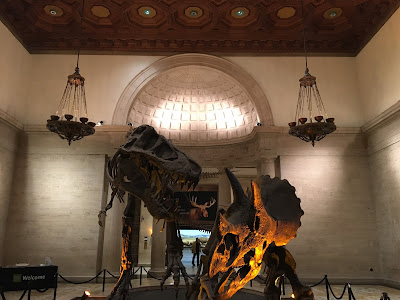 Outside the museum, there was another magical place to recharge. The rose garden was in full bloom! 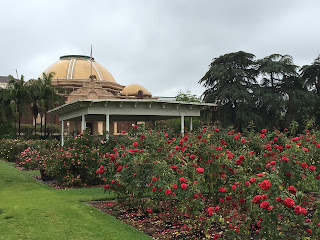 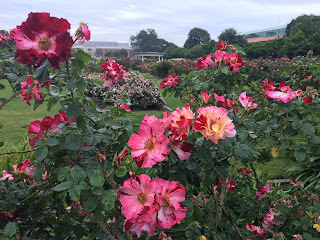 A light rain was falling and it was romantic and a little mystical to walk among the blossoms. Perfect for someone like me, who adores flowers. 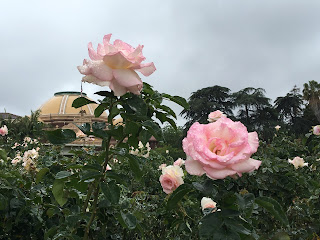 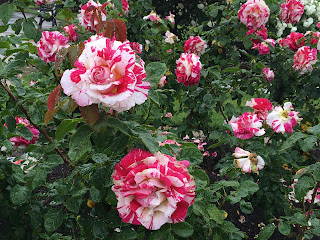 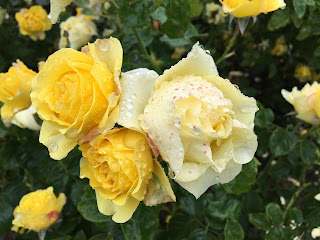 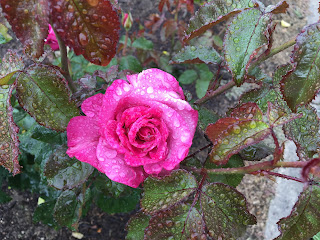 Even my little son enjoyed himself, trying to figure out which roses smelled the best. 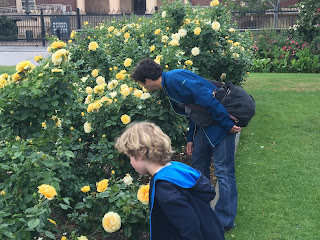 A week before, when I'd finished my book, I'd wondered if I was crazy to try to be a writer. Because it can be hard and deadlines feel stressful and I was so tired that I felt like I'd never have another original thought again. But something about going to a new place and learning new things changed all that. I ended the trip refreshed and ready to get back to work.

Where do you go to rejuvenate? How do you get yourself re-inspired? I'd love to know. And thank you for joining me here today!

Pretty pictures. Sleep works the best for me these day.

Hi Tammy! Thanks for stopping by! Oh my goodness, sleep is so key for me these days! The first couple nights of that post-deadline Southern CA vacation? I went to sleep at eight in the evening! I was so tired!

Thank you for the wonderful pictures. I find that the ocean rejuvenates me.

Hi Mary, Thanks for your comment. I agree with you wholeheartedly! I am so blessed to live by the ocean. I go there every day, and I find so much peace, and so many ideas, just walking along looking at the water.