Question of the Month: Writing With Music 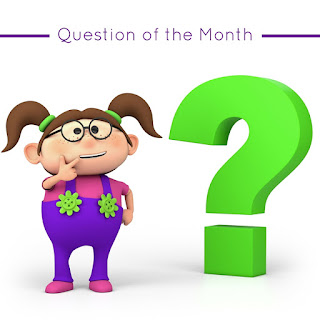 Time for another question of the month, Super Readers! This time, we're talking music!

Music is important to many author's writing processes - do you use music while you're writing? And, if so, is there a particular artist (or song) that appears often as part of a playlist?

Vicki Essex: I often write with music on the in background, usually something without words. But I've often listened to The Killers and Aimee Mann as creative diuretics when I hit a writing block. Something about the moods and forward momentum of their songs help get me unstuck.

Mary Sullivan: I find it hard to write with music because, whenever I play music I love, I start to sing my heart out. I can't sing and write at the same time :-) I work better with silence; however, sometimes when I'm stuck in my writing and need to kickstart the process, I will listen to a fusion of classical and jazz that I've loved for years and years. It was composed by Claude Bolling and played with various classical artists, but the CD I use in particular when writing showcases Pinchas Zukerman and is called Suite for Violin and Jazz Piano.

Angel Smits: I can’t write in silence.  And if I try to write to music that doesn’t have words, my brain keeps trying to put words to it!  Drives me nuts.  So I have to write rough draft to familiar music.  And familiar to me is ANYTHING Keith Urban, and if a particular album fits a book, I plug that in LOUD.  Christian Kane and Charles Kelly’s new one are perfect for the mood of my next book.  Can you tell I love country music.

Kristina Knight: Music is such a part of my process that I have two phases, actually! Light jazz/classical when I'm drafting/plotting (otherwise I start singing along) and then my playlist comes into play when I'm editing/polishing. The playlist for Protecting the Quarterback had a lot of Lady Antebellum in it, but Smokey Robinson also made an appearance..and I can't seem to write a book without including at least one Keith Urban and/or Dierks Bentley song in it.

Tara Taylor Quinn: I grew up with a professional musician father so music has always been a driving force in my life. I use it to work out feelings, to grieve, to celebrate, and…to write. Each book has a CD that evokes the emotions for that particular story. I play that one CD over and over while I write the book. I turn the music on and it takes me down in. (I remind myself of a Pavlovian dog!) When I write, the music is mostly instrumental so words don’t intermingle with the voices of my characters. I have a CD of different variations of Pacabel’s Canon that is a particular ‘go-to.’ I listen to sound tracks – ‘The Godfather’, ‘Chocolate’, ‘Forrest Gump’, ‘Perfect Storm,’ to name a view. Enya is an artist that I listen to most often. I also like Adiemus ‘Song of Sanctuary’. In the morning, when I am preparing for work, I go to Grady Soine – his ‘Beautiful’ album.

Kris Fletcher: I have an instrumental playlist that I use as background music while actually writing. Lots of Bill Leslie, Loreena McKennitt, Natalie MacMaster. But I also do a singalong playlist for each book, which I will belt out while driving, doing housework, etc, just to keep me in the mood of the story. There's usually a ton of oldies music, a sprinkle of current stuff, a healthy serving of country, and - yes - often a track or two from Keith Urban!

Nan Dixon: I do have music playing when I work.  And there's always a song in my head.  (RIght now it's from Miss Saigon.) Sometimes I listen to my cable provider's light classical station.  That's my best drafting music.  Looking at my most played 25 songs on my iPod, there is Season One from SMASH, Bette Middler and Copeland's Fanfare for a Common Man and Appalachian Spring.  Revising music!


Sarah M. Anderson: I listen to a little bit of everything but I tend to write a whole book to just a few albums (I get stuck on repeat a lot). For my May Super, One Rodeo Season, I listened to a lot of Reba McEntire. The working title of One Rodeo Season was Cowgirls Don't Cry, which was taken directly from a Reba song! The other album I listened to a lot writing this book was Eric Church's The Outsiders. That album fit the hero Ian's personality perfectly!

Janet Lee Nye: Sometimes I do. Sometimes I don't. I do my best plotting on the treadmill and I do listen to music during that. Usually my Pandora Maroon 5 station for the tempo. If I'm home alone, I don't listen to anything, but if The Fella is around, I'll put in earbuds and listen to music, usually 60's & 70's oldies.

Claire McEwen: I make a playlist for every book I write. As I'm thinking through the story, I add songs that remind me of the plot and the characters. When I write, I listen to the playlist and it helps transport me to the setting and the heart of the story.  Since I write mostly western romance, many of the songs are country, or folk/country. Lots of heartfelt music from Emmy Lou Harris and Patty Griffin, and Keith Urban has been on every playlist of my new Sierra Legacy series. In fact, his album Fuse took over the playlist for my upcoming July book, Return to Marker Ranch. So thanks for the inspiration, Keith!

Jennifer Lohmann: I have a couple Pandora stations that I cycle through, depending on my mood. It's got to be low key and nothing I *need* to sing along to. Sometimes a song will capture my attention and the mood of the book. If that's the case, I'll go back to that one song whenever I get stuck.

Anna Sugden: I wish I could write to music, because I love it and I’m always asked about playlists for my books. Unfortunately, I have an auditory brain and I end up focusing on the songs or music and not on the words I need to write! But, I also find it hard to write in silence (I blame my business days, plus all those years of marking children’s work during wet playtimes!), so I often have coffee shop noise on in the background via a website called Coffitivity.com.

Joanne Rock: Although I'm a huge Emmy Lou fan too (Quarter Moon in a Ten Cent Town.... So. Good.) I tend to listen to classical guitar while I write as I enjoy the music without getting distracted by the lyrics. I have a Pandora station that I've massaged over the years to play some of my favorites and it always helps my brain gear up for work when I hear those tunes. When I revise, I don't mind listening to music with lyrics and might dial into the kind of music my character would like. But when I'm drafting and I'm doing the most deep thinking, I really enjoy the guitar.

Sharon Hartley: I love music -- all types -- anything from classical to country. But I don't dare have any tunes on while writing because it completely distracts me from the story.  I need silence to write, which can obviously often be a problem.

Pamela Hearon: The radio in my car usually stays tuned to The Highway--new country, and I plot the entire time I'm driving. Once I plotted an entire book during a drive to Florida with George Strait's 50 #1 Hits blasting from my speakers. But when I sit down to write, I like it quiet so the characters can speak to me.

Amber Leigh Williams: Music is great for plotting, anything that speaks to the mood of the book. I reference music a lot in my writing. In HIS REBEL HEART, the history between the hero and the heroine is mapped by the songs they listened to.
Posted by Kristina Knight at 8:00 AM

I like the quiet when I read. I couldn't imagine having music playing. I'd find it such a distraction.

When I read I don't listen to music it makes me lose my place in the book. I can watch tv and read.
Penney