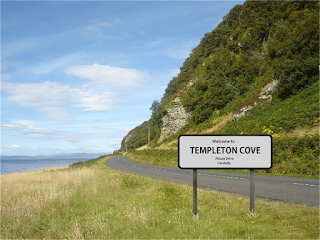 It's always been a dream of mine to write a series set in the same small town. When I wrote Finding Justice, the first book in the Templeton Cove Stories, I hoped an editor would love it enough to visualize a series that could run and run. Thankfully, my editor Piya Campana, saw just that.

Right now, I am preparing the proposal (first three chapters & synopsis) to send to Piya for book 7 - I know, BOOK 7!! My career with Harlequin is a dream come true.

The books are a mix of mainstream romance and romantic suspense, which I love because it means I am free to write which every sub-genre takes my fancy! I have now have a cast of over 35 characters to pick and choose from who will feature in each book...as well as deciding whether one or two of the characters will come to the forefront and be my next hero or heroine OR whether I want to introduce someone brand new. 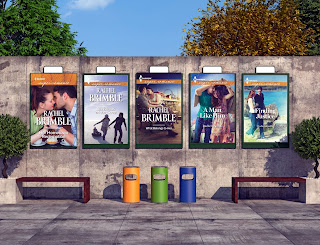 It keeps the series exciting for me...and hopefully my readers too!

Book 6, Saved By The Firefighter, is in the editing stage and has been given a release date of November 2016 - I can't wait! This is my first 'firefighter' story and I had a blast writing it. The hero (Trent) and heroine (Izzy) are new characters to the Cove but I have lots of existing characters coming in with cameo roles. I love that the stories are all stand-alone so a new reader to the series can pick up any book that grabs their attention and not become lost.

All my characters are British and the fictional seaside town of Templeton Cove is a blend of my childhood holiday destinations in Southern England. Fingers crossed, my beloved series will run and run!