I’m currently writing my fourth Superromance novel. The timing could not be more perfect. A year or so ago when I began plotting the story, I knew this was going to be my Valentine’s book. I’ve always wanted to incorporate Valentine’s Day into a romance novel. It seems like an obvious combo—like peanut butter and jelly. Mm, yum—sour cream and onion. Oo oo, ham and pineapple! (Sorry, it seems this writer is hungry…) But my main reason for wanting to involve my characters in Valentine’s Day-related shenanigans is because it’s my favorite holiday. It’s the day I got engaged twelve years ago. And although I had to wait eighteen years to meet my real-life valentine, I was always the kid who loved decorating the white paper bags classmates could fill with valentines, messages, and candy on February 14th.


The hero and heroine of my work-in-progress don’t possess the same warm feelings I do about the holiday. The heroine is a recent divorcee and the hero is decidedly single. Throughout February 14th, like many singles, they’re very much aware that they are without love or attachment. However they may feel about Valentine’s Day, it serves as the launch-point from where their journey to romance and love begins. I’m having fun…maybe a little too much fun...throwing these two singles together.


The whole concept of two characters being single on Valentine’s Day as opposed to the more natural inclination to have them already together came about in a fun conversation I had with my sister years ago over a shared slice of cheesecake. She was the first person I ever heard call Valentine’s Day “Single Awareness Day.”


“Probably one of the saddest acronyms ever,” I said.


I laughed. "Here's hoping those who get V.D. on Valentine's Day are the only ones who deserve it."
She snorted. "Cheers to that."


The “Singles Awareness Day/S.A.D.” thing seemed to catch on with everyone else. She claims she heard it from another source, but I still have to give credit to my little sis for the lightbulb moment that led to the foundation of Roxie and Byron’s story, which will likely be published later this year or early the next! (Another fun fact...echoes of my sister and conversations we've had through recent years have inspired many a quote from Olivia Lewis, heroine of Married One Night and recurring character in all of my Superromance novels!)


To celebrate Valentine’s, I’ll be giving away a $15 Amazon Gift Card to one lucky Superromance reader! To qualify, just leave a comment on this post before Sunday; February 14th. I’ll draw a name Valentine’s Day morning so check back in here at Super Authors to see if you’ve won!


Until then, here’s some more interesting Valentine’s Day/February 14th fodder for those who love trivia and perhaps a story idea or two for my fellow authors. Enjoy!


Medieval folk believed that birds choose their mates on February 14th, which is why when you see those vintage valentines from decades past, doves are prominently featured.

﻿
Those famous candy conversation hearts? They can last for up to five years. Also, a handful of new sayings are introduced to the bunch every year.


One billion Valentine’s Day cards are sent every year, making it second only to the Christmas holiday with children between the ages of six and ten exchanging 650+ million alone.


A popular symbol of Valentine’s Day is the ribbon. This comes from knights of the Middle Ages who carried their sweethearts’ ribbons into tournaments for good luck. 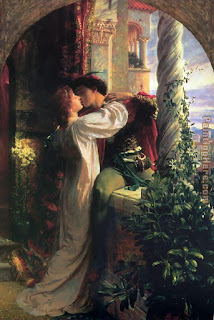 There is some debate over who the St. Valentine of holiday lore actually is since historically there have been no less than eight St. Valentine’s. Most historians have boiled it down to two contenders—Valentine of Rome and Valentine of Terni (who some say might have been the same person….). The more popular choice is Valentine of Terni, a priest of the third century, who was arrested and killed on February 14, 269 A.D. for marrying Roman soldiers and their sweethearts illegally after Claudius II banned Christianity. It is said that during his imprisonment Valentine of Terni fell in love with the jailer’s daughter and in his last note to her on the eve of his death, he signed it “From your Valentine.”


Oregon and Arizona joined the union on Valentine’s Day. (I love this tidbit because although he was born and raised in Alabama like me, my husband’s family has strong roots in both these states.)


Red roses are the most popular choice of flower on Valentine’s Day. In mythological times, the red rose was the flower of the Roman goddess of love, Venus.


More Valentine’s Day fun from the Middle Ages—boys would draw a girl’s name on February 14th and pin the name on their sleeve for a week, hence the saying “wearing your heart on your sleeve.”


Cadbury chocolate boxes date all the way back to the late 1800’s.


In the eighteenth and nineteenth centuries, British children celebrated Valentine’s Day much like Halloween—by going door-to-door for candy—and Christmas—by singing songs for their neighbors.


Want to give your love an old-fashioned token for Valentine’s Day? Go with the garter or a glove! These were once traditional Valentine’s Day gifts.


The first valentine sent in February 1415 can be viewed in the British Museum. It was sent from a jail cell in the Tower of London from the Duke of Orleans to his beloved wife.


Valentine’s Day customs have been banned many times in the past. Oliver Cromwell banned it in England in 1653. (They were brought back in 1660 when King Charles II assumed the throne once more.) More recently, in 2011 Valentine’s Day gifts were banned in Iran.


﻿ Loveland, Colorado produces a special heart stamp for Valentine’s Day. It’s estimated that 300,000 letters go through there this time every year.


Cupid has not always been an impish baby…though he has always had a bow and arrow. The Cupid of ancient lore was the son of Venus and Mars and was known as the Roman god of love. The Latin word for Cupid means “desire.” He is featured primarily in the tale of Cupid and Psyche (retold by C.S. Lewis in the book Till We Have Faces from 1956). The illustrations surrounding the myth of Cupid and Psyche are much…ahem, racier than modern depictions of him.


Chaucer was the first writer to incorporate Valentine’s Day in a literary work. He did so in the poem “Parlement of Foules” circa 1381.
Posted by Amber Leigh Williams at 7:15 AM

I am not a BIG valentines fan, which is odd because I looooove romance novels and chocolate, even hearts are fun. The day itself is never any fun being single, but I do enjoy stories taking place round that " special holiday". So I'll be on the lookout for your book :)

Kirsten, I love valentine-themed stories too! And chocolate too, of course :-)

I celebrate Singles Awareness Day! It comes with discount chocolate the day after. 😉

I celebrate Singles Awareness Day! It comes with discount chocolate the day after. 😉

Julie, I raid the discount chocolate the day after as well! Chocolate turtles are my weakness....

Some interesting facts... I love getting some chocolates in the after holiday sales! Yummy! :)

I loved the trivia facts, but I am perhaps a little disturbed that those candy hearts can hang on for so long!! There aren't many foods with a five year shelf life. Thanks for the info on the book too!

I love valentines day, I enjoyed reading this and on the MediEvil birds, this morning we had a little bird fly into the house and it hit the window it is fine I caught it and turn it lose outside and it's little mate was outside our door waiting for it they both took off.
Happy Valentine's Day!
Penney

I love Valentine's Day. I get to set out all of my heart tidbit boxes (glass, silver, ceramic, porcelain, etc...) for a few days without looking like a lovelorn teen. :)

Colleen, I buy these in bulk so I have chocolate for months....though it always seems to be gone by month's end, lol

Holdenj, I thought the same when I heard this. I haven't eaten a candied heart in years...though I still think they're cute :-)

I too am not a big Valentine's Day fan. Thought it was silly giving Valentine's cards to classmates in formative years (when they DON'T have my heart, but my friendship instead). Thought it was silly to celebrate your love on one day per year (when you should be celebrating it every day, if possible, as love truly is what makes the world go around).
My husband and I are celebrating our 35th wedding anniversary this year, and we love each other more now than we did back then. Don't get me wrong; we had some tough times to wobble through too, but we did it and came out stronger. Communication is the key. Not just one day of the year, though.

Penney, that's funny - a bird was caught in our garage this morning. This week I've already noticed some twitterpating and nest-building, too!

Denise, I love making Valentine's crafts with the kids and hanging them on the fridge or gifting them to others!

Laney, I heartily agree! Love should be shown every day to keep a relationship alive and well. My friends and I always gave carnations to each other because none of us really dated in high school. I always thought that was a lovely gesture :-)

There's a town in Saskatchewan,Canada called Love and it gets a fair share of Valentine mail sent through it.

I met my husband one day after he saw me at a Valentine's dance. He didn't dance at the time. He arranged though his friend and my girlfriend to meet me at a party. That took place on February 10th, 1967, 49 years ago. He proposed to me that night but I didn't say yes until almost a year later.

We usually celebrate on the 10th instead of the 14th. I'm not adverse to buying chocolates when they so on sale. It's too bad the calories aren't reduced along with the price.

I do love all of the Valentine trivia thank you. I'm reading a medieval story now where the Knights wear their ladies favours (aka ribbons).

Kaelee, I love the story! Thank you for sharing! We have two kiddies so it's rare we celebrate Valentine's on the 14th. It's usually a day or two before or after that we have a dinner to ourselves :-)

Mary, I'm a trivia nut. The ribbon and sleeve trivia from medieval times is my favorite!

How fun, Amber Leigh! Lots of fun facts about that day I had no idea about! We usually don't do much special to celebrate, although DS2 did make valentines to share with his class. DD is a little older and chose to do little notes just to a few special friends...

Fedora, I loved making valentine cards when I was in school, too!