In nearly all my books, I include a character who is a senior or elderly person.  I have a degree in Gerontology and have worked with the elder population for years.  I like them.  I respect them, and in many ways envy them for the experiences they’ve already accomplished that I’m still struggling with.  You know, like actually paying off a mortgage.
In my A CHAIR AT THE HAWKINS TABLE series, I created Pal Haymaker, a cantankerous old coot, who has now had a hand in three of my books, as well as the next story which comes out in July 2016.  He is such fun to play with in fiction, but in real life, I don’t know that I’d like him so much.
He’s let life take his joy away, and I have met people like that.  It’s not where I want to end up in my senior years, but I can see all too clearly how it could happen.
I grew up in a time—and I’m probably going to date myself here—when we were taught that if we couldn’t say anything nice, then don’t say anything at all. 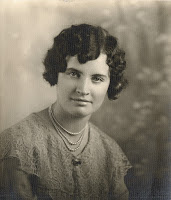 My grandmother was someone who epitomized this rule for me.  Influenced by her own prim and proper grandmother, Grandma never had a bad thing to say about anyone.  Even someone you knew had gotten on her nerves.  Even then, she held her tongue.
Don’t get me wrong, my grandmother was no pushover.  In the heart of the depression, in the 1940s, 50s and 60s she was a business owner.  As a partner with my grandfather, she worked as hard as he did, right at his side, in their general store and post office.  In addition, she kept the house and raised five kids.  Four of them boys who loved to get into trouble.
Grandma was an honest person.  If you asked her opinion she gave it, but without any meanness or malice.  She saw no value or joy in hurting anyone’s feelings.  She didn’t have to tear anyone down to make herself feel better. 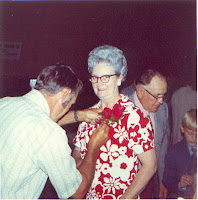 I admire her, and I admire anyone who can take the high road.  It’s not an easy thing sometimes.  Especially in today’s world where negativity comes at us at the speed of light.  Boot up a computer, or glance at a phone, and the negativity pours off the screen the instant you connect.
In this holiday season, I think of my grandmother, all my family, and all the holidays we’ve shared.  I’ll make cookies that remind me of the past.  I’ll wrap presents for the people in my life now.
And anyone who wishes me a Happy or Merry anything...I'll take it in the spirit it is given.  As a wish for future happiness.  For us all.  Nothing more.  Nothing less.
So Merry, Happy, whatever you celebrate.  I wish you all only the best.

As part of my nursing education, I was assigned the task of taking a "life history" of an elderly person. I chose my mother's next door neighbor, who was in her 80's at the time. This was 20 years ago.

Talking to her was one of the most fascinating moments of my life. She'd lived through WW2 and had such stories to tell.

To bad that in our society that favors youth, we let the amazing lessons of a life long lived go to waste.

So true! I loved doing the social histories. We could learn so much! :)

My mother is writing up the family history. Each time I visit she has more snippets of her life and my fathers for us to read. I've heard all of the stories before, especially the childhood stories, but it's important that they be recorded and not lost.

She is 91 next birthday & LOVES her iPad.

Kudos to your mom, Mary. What fun for her and what a great gift she'll give you all!!

I really enjoyed your post. I too appreciate the older ones so much for their experience in life. And after hearing about the elderly character in one of your books, I'm heading over to Harlequin.com to see if I can find it. ( :

Thanks Laurie. I hope you enjoy it!!