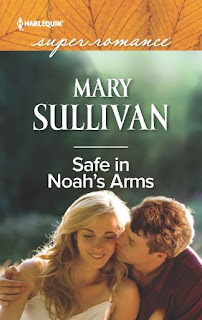 The trick with each new story is to come up with fresh ideas for plots and character development. Even more challenging is the search for unique character traits.

This can come about in the most surprising ways. Monica Accord makes her own perfume. She can certainly afford to buy it, but enjoys the challenge of developing a unique scent. Every day, she fine tunes it.

As a result of one really awful mistake, she is court-mandated to work on Noah Cameron's farm for an entire summer. She knows nothing about plants and farming, so there is a lot of conflict because she is fairly useless to him. In time, she learns, though.

Noah turns out to have a sensitive nose and, one day, notes that her perfume is different. He successfully guesses the new ingredient. Monica is delighted. This was supposed to be an interesting tidbit in only one scene, but then I thought, what if this is a running theme throughout the book? It could be fun. It became even more fun when Monica decided she would dab the perfume on different parts of her body each day and have Noah discover where she'd hidden it. These scenes became playful and sexy and I had a blast writing them!

There is a lot of drama in this novel because of a startling family secret Monica discovers that really sends her world into a tailspin, so the funny scenes lightened that drama and were a relief for me to write and, I hope, for the reader, too.

The scenes change and become more sexually charged until…


That morning, Monica drove out to the farm strangely breathless.
Noah stood in the yard waiting for her.
Without a word, she stepped out of the car, walked around to the front and leaned back on the hood in a sexy pose. Or what she hoped was sexy. She didn’t have a clue.
His intense gaze followed her every move, touched every part of her body.
He stalked toward her like a hungry cat and said one word. “Where?” Maybe she did look sexy after all.
“Here.” She lifted the knot of her blouse an inch, baring her midriff.
Noah’s eyes widened.
He leaned forward. No, to put it accurately, he yearned forward, his desire a shimmering heat.
He bent, breathed on her skin, raised goose bumps and licked her. Good heavens. This man and his magical tongue, with his propensity for licking her, was sending her anticipation to heights she'd never experienced before.
He straightened. No smiles today. No cocky grins. No clever thoughts.
“We need to get to work.”


He stalked away, turned back, scrubbed his hands over his face and growled, “Soon, Monica. Soon.”

The other quirky hobby Monica has is collecting old Vogue magazines—she has an impressive and valuable collection!—as well as beautiful embroidery from days gone by. In Noah's attic, she finds a chest full of antique quilts, embroidered bed sitting jackets and exquisite, delicate handkerchiefs. He lets her keep all of it. She is ecstatic.

I'd like to give away a copy of SAFE IN NOAH'S ARMS to anyone who comments between now and the end of the week. On Saturday morning, I'll select the winner, so check back here then to see whether you've won.

What would you say is your most passionate, unique or quirky hobby?
Posted by mary sullivan at 1:17 PM

Not sure if this is quirky, but I passionately collect Snoopy and Peanuts stuff. I have a very large collection. Mainly things I use. Key chains, Drinking Glasses and mugs, Clothing, Kitchenware and bath Towels. But I also have posters, books and tons of plush Snoopys. I also have a ton of Snoopy greeting cards and Christmas Ornaments. My daughter has added to my collection! She has a full bedding set and a lamp in her room.

i collect small robots and action figures :) but I'm a guy and a nerd !

Penney, I love old cookbooks, too!!! Women were so resourceful years ago when they had so few ingredients to work with, comparatively.

When I was a child, I loved looking at a postcard of puppies, so my family decided that I must collect postcards! (No, I love dogs!) When one aunt died, I got all her postcards. Then her sister died and I got all of HER postcards. When my own mom died in 1995, my eldest sister decided that I should get all of HER postcards, even though I told her I really didn't WANT to start a postcard collection but apparently I now possess one, LOL! Fifteen years later, I began moving the pictures from my magnetic photo albums into scrapbooks (and throwing out thousands of duplicates or repetitive photos in the process). Suddenly I was thrilled to have all of my dad's postcards from the war (especially since he wrote the same thing to my mom and her sisters: "Having a swell time in Paris on leave," as we later learned that the soldiers weren't afraid to die in the war, but were afraid to come home with gonorrhea from the hookers, LOL). So today, I apparently still collect postcards (no new ones, though), and I enjoy sharing them with friends and in my scrapbooking albums. What I really collect today, though, are the embellishments for the scrapbooks, including stickers and various papers, as I also use them to decorate presents and matching envelopes....

Like Monica I love beautiful embroidery. I am not joking when I tell you I just left a shop in Asheville, NC where I purchased two lovely embroidered handkerchiefs. I am passionate about books, lovely stationery, teacups and teapots, and Downton Abby related items. I am passionate about Jane Austen inspired items and films. Enjoyed the excerpt. ( :

I collect old cookbooks. I know several other people who do, but I started because I was trying to find the ones my mom got for their wedding.

Thank you, everyone, for sharing your hobbies with me today!

Laney, the story of how you became a postcard collector is brilliant! Love it.

holdenj, good luck finding the books your mom got for her wedding.

I don't know that I do have a quirky hobby or collection. Having said that I do know that I have a ridiculous amount of old, beautiful lace. Friends and family tend to send it my way when they clean out cupboards. Now it fills my craft cupboard.

I love that your heroine collects Vogue magazines. I've held on to all of mine since I was a teenager, the fashion is way out of my price range, but the photography is just so beautiful. Every once in a while I flip through old issues, fascinated by how much things have changed in fairly short period of time, and occasionally a photograph will inspire me to draw, or do a watercolor painting, which I'm not that great at, but I do enjoy.

I collect children's books, and love press falls leaves as they change color. I am always looking for something unique or rare. I press them and make framed collages to hang. I give them out as gifts to my loved ones. I recently have had quite a few people ask me to make one and sell it to them. I may, but I would much prefer to help them make their own.