I’m not a big fan of having my picture taken.  I’m not sure if I know anyone who really does.  It’s the main reason I never pursued a modeling career—that and a few incidentals--like height.
Over my writing career, and even before, I have had publicity photos taken.  The first was the year I won the Romance Writers of America’s Golden Heart.  RWA wanted a photo for the awards presentation.  That was back in the day of Glamour Shots.  So, it was easier.  Easier because the stores were located in your favorite mall, and you went in and played dress up with makeup and all kinds of playthings like hats, gloves--even feather boas.  They’d pose you like we did our Barbie dolls as kids.  Those were quite the days.  I was a four-year-old all over again.  Best eyelashes I ever had.
I had fun playing, and the picture turned out okay.  My husband still keeps a copy on his office shelf, and when I see it, it reminds me of that great year.
After that, I’ve had other photos taken with the hope that it would be better—the experience and the result.  I had some taken at a writing conference once where they got a little handy with the Photoshop.  Fastest 100 pounds I ever lost, though I look a bit emaciated.  I never did use those pictures.  At another conference, my hair was not cooperating (something to do with curls and humidity) and every single shot had my bangs covering one half-closed eye.  I didn’t know until they sent me proofs once I was home.  Did they not see that through the view finder?  Never used those, either.
A friend took some great shots of me that I actually did use for quite a while.  Until my hair changed color.

Yes, I’m admitting in public that I’ve colored my hair for years.  Genetically, my family has white hair at a very young age.  I was sixteen when I found that first dreaded white hair.  Finally, a couple years ago, I gave in and stopped fighting the battle of color.  It’s now totally white.  Though I'm nowhere near the age I think should have white hair, I’m adjusting.
But the photo I was using had dark hair.  We didn’t exactly match, and people would meet me in person and barely recognize me.  The shock factor was fun at first, but that’s worn off.  I knew I had to do something.  One of my critique partners snapped a photo of me on her phone at a Christmas party.  I really liked it.  Nice pose…blurry enough to be softened by the fuzziness.  Perfect!  I used that awhile, but none of the official sights would use it.  Harlequin and Amazon wanted something with more pixels.  They weren’t buying my story that we’d used filters, I don’t think. 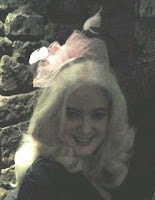 A customer at my husband’s business is a photographer, and he did a nice photo of my husband for our anniversary a couple years ago.  So, he came in one day and they discussed my “dilemma.”  They set an appointment for me.  (I’m fairly certain my husband was tired of listening to me beat the dead horse.)
Since I needed it done, I went, agonizing all the way about what to wear, how to do my hair, should I wear the cute little hat I love, or not.  All those things.
I shouldn’t have worried.  I had so much fun with the photographer, his wife, and his bad jokes, that I almost forgot they were taking my picture.
I learned why he’s such a good, and popular photographer.  (He travels all over doing photos for people.  He just came back from a wedding at the Biltmore Hotel, which impressed me.)  But it’s not his reasonable rates, or the location or the subject.  It’s him.  His talent and his knowledge of his CRAFT that sets him apart.  Something that I, as a writer, need to remind myself.  Writing is an avocation, something I have to do, something involving art, be it bending light, or bending a plot.  Publishing is the vocation to earn money.  Sometimes it’s easy to forget when you’re working so hard on something you want to sell that it's art you're creating and should enjoy.  I’m hoping that this picture will remind me of that over time.
The end result of my photo shoot (doesn’t that sound official!) was that it’s taken me two weeks to choose the photo I plan to use—and I’m using it until I’m a little old lady—so get used to it.  The pictures were all so good.  I’m still not sure I picked the right one, but there really wasn’t a wrong one.  And I don’t ever have to do it again!
Today is the unveiling of my final choice.  This seems like the perfect place to set it free into the world.  I'd love to hear other stories of your favorite, or not so favorite photo.  Like they say a pictures worth a thousand words--in some cases maybe more. 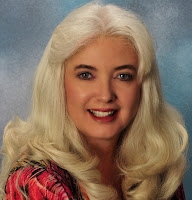 You DO photograph well. I wish I did.

That's a beautiful shot, and I think your hair color is lovely. ( :