Question of the Month: Do You Karaoke? 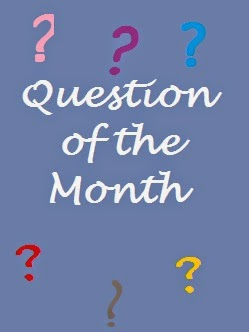 Here we are, back with another Question of the Month: Here in the US, the 4th week of April is National Karaoke Week. We want to know: if you *had* to karaoke, what song would
you choose and why?

Janet Nye: Do I Karaoke? Has torture become legal? I love to sing in my car. Alone. With the windows up. Where I can harm no one.

Dana Nussio: I’ve only done Karaoke a few times, but I have a standby song: “Look At Me, I’m Sandra Dee” from Grease. I might be a nervous public singer, but I can affect a mean Sandra Dee a la Stockard Channing.

I performed it last summer when I went out with several cousins after our family reunion. For the record, I’m from a singing family, with cousins who are professional Bluegrass Gospel singers and one who is a country back-up singer and  performed at the Grand Ole Opry. (Yes, she was in the group that night we went out. It’s always good to have a ringer with you at Karaoke.) Together, all of us also performed “Love Shack” by B-52s, and that was a blast.

Joanne Rock: If I had to karaoke? I'd pass out earplugs like they do at racing events since I would sing a song I'm wildly ill-equipped to sing. Etta James' At Last, maybe. Or Aretha Franklin's I Say a Little Prayer. Barring the ear plugs and I needed a more conservative choice? One of my favorites is Emmy Lou Harris's Two More Bottles of Wine.

Kristina Knight: I haven't karaoke'd in forever! But RadioMan and I actually both took a turn at the mic at our bachelor/bachelorette party ~ he and his oh-so-inebriated buddies did a *cough* interesting *cough* version of Kenny & Dolly's Islands in the Stream ... my friends and I did an incredibly off-key version of Stop in the Name of Love. I think we may have scared everyone not part of our party out of the bar that night...

Pamela Hearon: I karaoke--but only in my head!  I sing along (really loudly!) to the radio when I'm alone in my car, traveling down the highway.  But in front of a group?  Never--unless a great deal of alcohol was involved.  Should it ever happen anywhere except in my daydreams, my songs of choice would be He's Not You by Patsy Cline or I Only Want to Be With You by Dusty Springfield.

Sharon Hartley: Never have.  Never will.  I worry  too much about the mental health of any potentially normal human beings in the audience.


Kris Fletcher: I have never done karaoke, but since I am the world's biggest ham and have no problem making a public fool of myself, I would love to try sometime. As for what I would (attempt to) sing: Oh, no question. Paradise By The Dashboard Light. Except I would be singing the guy's part. Because it ROCKS.

Nan Dixon: I have done Karaoke and I am a trained singer/actress - so I go for the heart jerking songs.
Memories
Wind Beneath My Wings
I Will Always Love You  (Lots of alcohol for this one)
Or if they have Broadway Musicals - you name it!!

Angel Smits: There are few songs that I enjoy murdering, but if Keith Urban is singing…I’ll join in. Other than that?  For your own protection, don’t make any requests.

Tara Taylor Quinn: I used to sing in choirs – even one that traveled and performed as part of a theater production – I did solos.  But my singer father died, I hyperventilated next time I was on stage, and haven’t attempted to sing in public since.  I’ve never even been present for someone else doing karaoke! But since the question asked if…I have no idea if they are karaoke songs, but I’d belt out either “I Am Woman.” Or “I Will Survive.”

Jennifer Lohmann: I haven't done karaoke in years! I've got a terrible singing voice and couldn't carry a tune with a dump truck and help, but I love to belt it out. Of course, that's better done at home, where only the cats and dog can here me.

I think the last time I did karaoke, it was Garth Brooks "Friends in Low Places." But the year I lived in China, I did karaoke on a regular basis; it was the thing you did at parties and celebrations. Of course, that was almost fifteen years ago and the options for songs in English were limited to "Country Roads" by John Denver and "My Heart Will Go On" by Celine Dion. I always chose "Country Roads." :-)

Vicki Essex: I love karaoke...after a couple of whiskeys. And if there's one thing I can't abide by, it's a silent karaoke room. That's why I'll usually warm up with a few 90s pop hits--Backstreet Boys, N'Sync, maybe some Britney Spears--before launching into some old school classics like Journey's "Don't Stop Believin'" and Billy Joel's "Piano Man". Once the vocal chords have warmed up, I'll do Patsy Cline's "Crazy" and, if I feel like blowing my voice in one go, I'll try the Glee version of "Don't Rain on My Parade." And then more whiskey.

Posted by Kristina Knight at 5:34 AM

Email ThisBlogThis!Share to TwitterShare to FacebookShare to Pinterest
Labels: contemporary romance, music, Question of the Month

It's best I just sing in the shower I think.

I have never sung karaoke but I did take a mike and sing "It's Now or Never" once. We were in a taverna in Athens and the wine was flowing.

I'm not the Karaoke type, but it's fun listening to others sing their hearts out. I loved the part in My Best Friend's Wedding when Cameron Diaz sang that karaoke song. She sounded HORRIBLE, but the gesture was so sweet you just had to forgive her.