Look! It's a Call Story!

Hi everyone! I'm Janet Lee Nye. I’m new writer with Superromance. My first book, working title Man Maid, will be out late 2015 or early 2016. Thanks Jennifer Lohmann for letting me tell my call story. 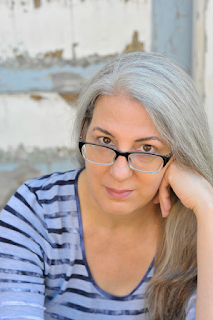 I work night shift, so I sleep during the day. December 4, 2014, I woke to an unfamiliar number on my phone. And a message. I listened. I saved the message. Made a cup of coffee. Listened to the message again. Piya Campana. Harlequin. Superromance. Man Maid. I saved the message again. As the caffeine began to kick awake brain cells, I texted my fellow. “I just got a message from Harlequin.” “CALL BACK NOW,” was his return text. I had entered the Harlequin and Mills & Boon’s 2014 So You Think You Can Write contest almost on a whim. I saw its hashtag on Twitter and when I investigated, I saw it was almost entirely editor judged. Okay, let’s see what the editors think about it. I made the semifinals. The top 10. Then I didn’t win and didn’t hear back from Harlequin. After three weeks, I figured it was over for poor Man Maid. I got a second cup of coffee and called back. Piya was wonderful. I was still in such a state of shock I could hardly process what I was hearing. Contract? Advances? Deadlines? Pretty sure I gave the right answers because the revisions and contract did show up. I guess I was supposed to be elated, screaming, or crying. I was happy but mostly relieved and grateful. See, I was about to give up on Man Maid. A year of glowing R&R’s followed by rejections, a miss at being a finalist in the Golden Heart contest by one point and several agent rejections had left me thinking I should put Man Maid under the bed and move on. But I was frustrated because I knew it was a good story. It hurt to give up on it. A friend at the 2014 RWA national convention told me, “The closer you get, the bigger the disappointments are going to be.” She was so right. This is my first sale. I will be 55 years old this year. I started learning to write 15 years ago. I seriously began to learn the craft when I joined RWA in 2012. I will end with a bit of advice I received from Jackie Asheden when I asked her “When do I give up? When do I become the old lady making a fool of herself?” Her answer? “Never.” So to those of you still waiting on your call: don’t give up. Keep writing. Keep learning. Keep putting your work out there. Reach out to others for help. Just never quit! You can find me on Twitter @janlnye or Facebook Janet Lee Nye, Romance Author
Posted by JanetLee at 5:00 AM

Congratulations! I look forward to reading your book. And that "don't give up" message is exactly what I need to hear right now. :)

Yay! I knew you would get there. You are so talented. I can't wait to read this and many others in your future!

Thanks "MK"! We need a girl's reunion night out!

This is so cool, Jan. I'm so glad you didn't give up! All the high fives and fist bumps to you!

Jackie, I think I deserve a hug from Mr. Dr. Jackie for this!

I love call stories, Janet, thanks for sharing yours! And I'll echo everyone else - I'm so glad you kept pushing forward.

Wonderful to meet you here today!!

What a great story. Look forward to reading your first book.

Oh, Janet, I am SO happy for you! Loved being your mentor on this one and the book is fab :D

Thanks everyone! I'm looking forward to meeting as many of you in NYC as possible!