The Most Fun Characters? They Might Be the Difficult Ones!

I learned something while writing my new book.  The more challenging a character is to write, the more fun I have writing them.  In the long run, that is.  With hindsight.  Maybe not when I’m sitting at my computer totally stuck and drinking my gazillionth cup of coffee.  But in the end, looking back, Tess Cole, the heroine of my January book, Convincing the Rancher, really was wonderful to write.  I miss her now that it’s all over and her story is heading into the world! 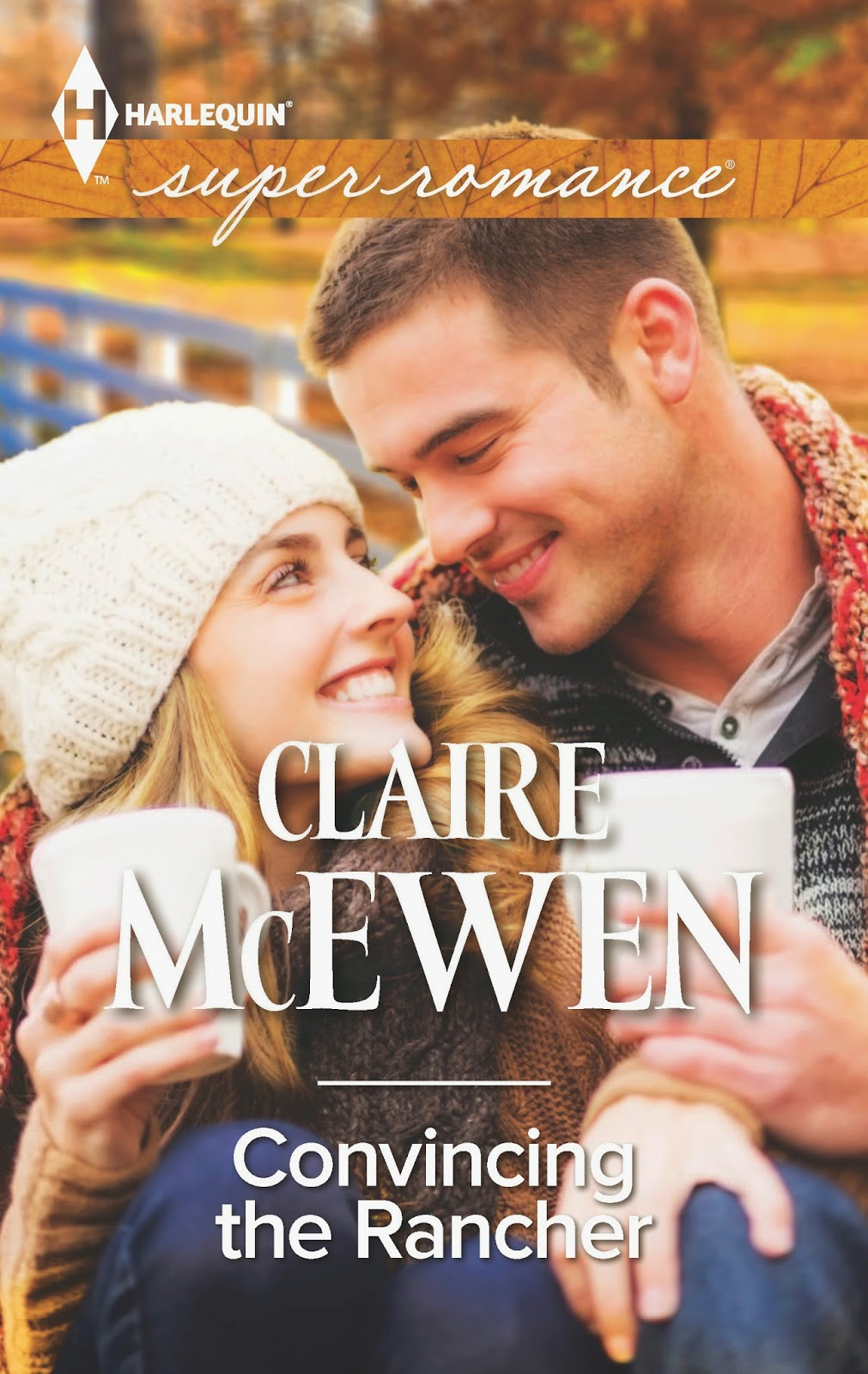 Tess showed up in my first two books as a secondary character.  The wild and crazy best friend who loved to joke about sex and seemed to have a lot of it.  As I wrote her witty comments, I never thought of her as a main character.  I knew I was going to write her book, I even had a contract to write her book, but I had no idea how I’d do it - so I just tried not to think about it much.

But then I finished my second book and the time was at hand.  Tess needed her happily ever after.  I stared at my blank computer screen for a long time.  Then I shut it off and went for a walk, which is what I do when I can’t write.  And in the rhythm of my footsteps I understood the dilemma I was in.  Somehow I had to make Tess understandable and sympathetic, but she didn’t want anyone’s sympathy!  Tess didn’t want anyone’s pity, or to be analyzed as to why she was so promiscuous and guarded, which is why she wore such a thick shell of wit and attitude.

I came home from my walk and grabbed a notebook.  Why didn’t she want anyone’s sympathy?  Why was she so private about her personal life, keeping everyone at a distance?

Suddenly I thought of my career as a schoolteacher and later, an administrator.  I sat in on so many meetings for kids who were in foster care.  Sometimes the child would be in a room with ten adults, if they had a couple social workers, a teacher or two, a foster parent, a probation officer, a counselor, the principal, a behaviorist and anyone else involved in their lives.  And in those meetings, their choices and behavior, school work and after-school life, were dissected and analyzed.  Decisions were made.  Decisions that, in other situations, might be made by a parent.  I always felt so terrible for the child in that situation.

And then I had my answer.  Tess was that child. That kid who was never adopted, and who never found a stable foster home.  A kid like many I knew, who spent their life switching foster homes, switching schools, having their fates decided by committee.  Wouldn’t sitting in those meetings listening to adults go on about the intimate details of your life make you never, ever want people to know that much about you again? It would for me!  And that, I realized, is what happened to Tess.

Once I knew her motivation, the story opened up for me.  It was still difficult to write sometimes, because she was so guarded and feisty that it was challenging to find ways for the hero, and others, to reach her, but as long as I returned to her motivation, and tried to find ways to heal that wound for her, I found I could make it through whatever scene I was working on.

It’s hard to believe that in a few days, her book heads out into the world!  I’m proud that she and I made it through and got her story told.  I so hope readers enjoy it and that I was able to convey how interesting and likeable she can be, underneath her sexy, successful image and prickly defenses.

Have you ever written about, or read about, a heroine who was really challenging for you?  I’d love to hear about it.  And I’ll choose one person from the comments to win a copy of Tess’s book, Convincing the Rancher!

I had a really hard time writing my teen character, Jasmine, in my published book, Stained Glass Summer. She would just not open up to me! It took multiple, multiple drafts and lots of character work--interviews, motivation charts, etc...to finally get her to relax enough to tell her story. Like your character, she had been hurt in childhood by her father's leaving the family and felt like she wasn't good enough to open up and tell her story.

I have read a handful of characters that seemed that way... I am not a writer, but I enjoy seeing how characters come to life within the pages of a book... see them open and evolve throughout their story... seeing each individual show themselves with all of their faults, issues, & insecurities... learn, open up... find a HEA.

Challenging heroines for me to read are those that have to deal with elderly parents who are ill.

yes, and it was one of the worst books I've ever read

I love books that stretch me in some way.
Tess sounds like she would stretch me emotionally. I often find when authors say they had a hard time writing a book that it turns out to be extra special.

I think the most challenging for me is to find any redeeming characteristics in an inanely stupid hero/heroine.

Perhaps not what you meant, but unfortunately these are the ones that sometimes tend to stick around.

I find the most challenging to read are the ones who are in so much pain that they lash out at others (but are really only hurting themselves). They have to find that one person who can get through their defenses and help them forgive and love themselves before they can accept love from someone else.

Thank you so much for all of your comments on this post! I so appreciate your support of the SuperAuthors blog!