At the Flick of a Switch 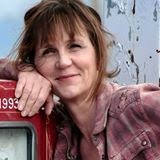 I'm in the slow process of moving to Montana. The plan is that by
the time I'm done teaching, the heavy lifting will be done. I can pack my overnight bag, get into the car and go. Okay, that might be an exaggeration, but we'll start moving things this spring and continue during my last year of teaching--next year! The most noteworthy change, to me, will be having real electricity. I'm still trying to wrap my mind around having power 24/7. I know I've blogged about generator life before, but I've got to do it again, because the thought of power at the flick of a switch is kind of heady stuff. 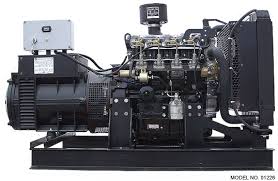 The biggest challenge of living on a generator is that the blasted things break down, just like cars
break down. And they run out of fuel. That doesn't happen often, since we have a big fuel tank, but it has happened. I've also had to jump start the generator on cold mornings when the battery was on its last legs. I learned to change out points and plugs and condenser on our first (propane) generator because my husband was going to college and thus became the master of the power source. It was an awesome responsibility. Lights start flickering--call mom! I cleverly refused to learn anything about the second diesel generator, thus making my husband the go-to guy there. I do know a bad noise when I hear it, and I know the sound of a bearing going out and the signs of a faulty regulator. You know what? I know more about generators than I want to. The only real blessing is that when I work on something electrical in the house, I know for certain the wires aren't live if the generator is off. Also, when other people in my valley lose power, I still have it...although that also works the other way around.

What I miss most about real electricity is being able to do things whenever I feel like it. If I want to sew, I have to wait for generator time (we only run it in the morning and in the evenings, due to the cost). If I want to wash clothes--generator time. The same with vacuuming, ironing, etc. I'm wondering what it'll be like to use the oven all day long, or to program a DVR to record a show. What will it be like to head to the bathroom at night without using my phone as a flashlight?

But there have been very good things about my twenty years (yep--twenty) of generator life. I appreciate true silence. I can arrange daily tasks according to power/no power. My kids grew up reading and playing in the creek. The entire family can walk around in the dark without hurting ourselves. And the view. I love the view.
But I gotta tell you, I'm really, really looking forward to putting some meat and potatoes in a slow cooker, turning it on and six hours later having a meal waiting for me.

I have a pump for my rain water tank. Not too disastrous as we do have town water, but since we pay for every drop I cringe when the water bill comes due to lack of rain or the pump playing up.

My in-laws had a generator, but only for back-up, and the few times it clicked on it startled me! I'm in awe of what you've accomplished!

I didn't know you were powered by just a generator! Okay, now I'm more in awe of those sewing projects. If I only had power at certain times I don't think there's any way I'd get all that done! Best wishes as you get ready for your big move!