The Only Thing to Fear... 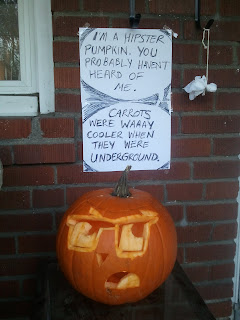 Things that go bump in the night just don’t cut it anymore. Or do they?

Despite the glorification (and perhaps oversaturation) of vampires, werewolves, witches, the undead, disasters and post-apocalyptic societies, we’re still pretty easy to scare. The fight-or-flight survival instinct is hardwired into us to ensure we avoid danger. Some people take advantage of that by spreading ridiculous rumors via the internet. (If you ever get an email about tampons made of asbestos or AIDS-infected needles being slipped into return coin slots, make sure you check it out on Snopes.com.) Others try to profit by instilling new fears in us--marketing is very good at this.

And still others make a living trying to scare us. Just look at all the haunted houses that pop up in October...and see how many people pay to go in!

Fear is a universal emotion we all experience in different forms. Some fears are so extreme, people will literally run screaming from them. And it’s not always as simple as being afraid of the dark. Phobias are nothing to laugh at, and can keep some people trapped by fear.

There are many things we’re—legitimately or not—terrified of. We have personal fears of abandonment, failure, rejection, losing control and getting old; and there are mundane ones such as fear that you’ll get into an accident, get sick, lose your job or won’t make next month’s rent. Sometimes, these can be almost as detrimental as phobias, keeping us from achieving our greatest potential.

Some of the most common fears include snakes, spiders, rats and creepy crawlies. I even know people who are terrified of Canadian geese. I myself have a great aversion to centipedes (horrifying creepy-crawlie alert on that link!).

And then there are those odd associative fears. Things that, most likely as children, we were exposed to and have bad memories of. For instance, I had onion rings for the first time at age six, and that same afternoon I came down with the stomach flu. It lasted more than two weeks. It was so bad that, to this day, I cannot help but pause before eating an onion ring.

As writers, we often give our characters some fear they must face in order to grow or progress; just think of Indiana Jones trapped in the pit of snakes, or Harry Potter facing the Dementors. But in real life, we often shy from those things we most fear, mostly likely because an aversion to mice, say, is not interfering with our lives as much as a Dementor might...

When we do conquer fear, however, it can be one of the greatest feelings in the world. I, for one, know my life is richer for eating onion rings now that I’ve finally gotten over them...twenty years later....

What are your fears? Do you think they’re valid? How would you overcome them if you had to?

Have a safe and happy Halloween!
Posted by Vicki Essex at 2:57 AM

Hi Vicki,
Great blog. As a child I was afraid of aliens, having watched a few too many abduction stories on TV and living in a rural area. It seems that rural areas were a favorite abduction spot. I outgrew that fear--although sometimes driving alone on a Nevada highway, alien abduction still seems a very real possibility--and now have more mundane fears. Rattlesnakes. Stuff like that. Basements creep me out.

I have a fear of heights and spiders. I try to avoid high places as much as possible. I am so terrified of spiders that when I see one, I literally start shaking and crying. YEP, it's that bad.

I did my last haunted house when I was 16 and old enough to watch the news. I realized that there really were sick people out there that could hurt you. My biggest fear? Is to wake up and a stranger is standing over me. Very hard now to deal with an 8 yo insomniac that comes in my room to let me know he can't sleep. And I wake to find him staring at me.

Vicki, I can't stand insects. The thought of catching one on me makes my skin crawl. I also dislike heights. I watched my sister do Edgewalk around the CN Tower and knew that I would never, EVER, do it myself ;-)

I'm afraid of heights. Maybe I always have been, but I didn't have to face it until I had kids. Now they love to tease me and do things like hang over the edge of Hoover Dam.

I have started facing my fears of rejection. I sent out my first round of queries to agents. I got one auto-reject and one request to see the first three chapters. As long as none of them ask me to meet them on the glass walkway that goes out over the Grand Canyon, I'll keep submitting.

Heights and snakes are my greatest fears! I don't like either one of those.

Vicki--this blog was hilarious. I hope I get to meet you and perhaps share some onion rings sometime. (I'll even go first to show you they're safe.)

Chelle--maybe you can train your insomniac to ring a bell? Too funny. ;-)

I'm afraid of stepping into water when I can't see the bottom--oceans, murky lakes, etc. Creeps me out to think what might be under there, waiting to pinch me or tickle me with cold tentacles. Ick.

I'm scared of a lot of things from the everyday spiders and bees to those I have never encountered and never want to: piranhas, bears, anacondas, incurable diseases *shivers*. But I think what will always scare me is having my worst fear come true: losing a loved one.

Vicky, fear of onion rings, heh? So funny when taken out of context of the flu. I'm picturing this big onion ring with arms and legs. Sorry. Great post.

Heights and rats / mice are my biggest fear. No chance I will ever conquer them. My 12 year old daughter is afraid of clowns.

Ellen ~ Hahaha. I told him he needs to knock on the door or call my name as he walks in the room. He said he just feels better to see me breathing but hates to wake me up because I look so tired. Thanks. LOL.

I rode a roller coaster with my older sister and brother when I was much too young to do so. I could get on any amusement rides for years afterwards. Then I was at an amusement park with my niece and her kids. She would not ride on the big swinging boat that her kids wanted to ride on. Since they had ridden the ride with their father they got me to go on it with them. I rather liked it and went on a few more rides that day.

I can relate to the onion ring incident as I got food poisoning from salmon and was so sick. I loved salmon but it took a good ten years before I could eat it again.


Chelle ~ My great nephew does that to my niece quite often. She says it's very weird to wake up and have him standing over her. He's 12 and still doing it.

I swear I was trapped in a car and drowned in a past life. I hate driving over bridges, but have managed to get past that fear. For the most part. I will not drive into water when the pavement disappears from sight. Nope. Just can't do it.

For most of my life I feared speaking in public. Heart palpitations, sweaty palms, sick stomach, the whole nine yards. Finally I joined Toastmasters and overcame the nervousness. It's a truly liberating feeling and has opened doors for me that I never would have gone through otherwise. We're always told to make our characters confront their fears instead of running away. It's good advice :)

I will not watch any movie with the word Saw in the title, makes me want to curl up in a fetal position.

I don't know whether you'd call it so much a fear, but I tend to be risk-averse. I can't imagine ever jumping out of a fully functional airplane just for a rush or climbing a mountain where most others who've tried it have died just because it's there. To me, that's far too risky. Yes, I know just living life can be risky, but, for me, there are reasonable and necessary risks and unnecessary risks.

As for flat-out fears, I guess I'd say it's sharks. Ever since Jaws and a couple of experiences on trips shortly thereafter where sharks were spotted in the water or, in one case, where a surfer was killed by a shark, I have been afraid of going into the ocean. I don't think that's one of those too-risky things, really, but I just don't want to take the chance. So, I'll sit on a blanket on the beach and swim in the pool, thank you very much!

Hmmm, I'm slightly claustrophobic, but that has been something that has happened to me late in life. I sometimes wonder if it's because of my asthma... My mom is deathly afraid of centipedes! She's been bitten a few times and now won't even look at a picture of them without getting the heebiejeebies (not sure how to spell that!).

I don't have any actual fears, just things that gross me out like maggots.