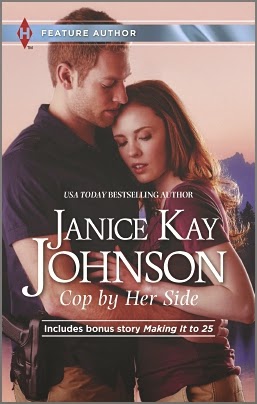 Cop By Her Side

Does she put her trust in him…again?

Lieutenant Jane Vahalik is done with Sergeant Clay Renner. He messed up their romance when he dished out too much male swagger. She gets enough of that on the job to put up with it in her personal life—regardless of how hot Clay may be.

Then her niece is kidnapped, and suddenly he is the only cop Jane trusts to lead the search. The rush of attraction sizzling between them surprises her. So does his determination to prove she's wrong about him. It could be just the tense situation—or it could be Clay—but Jane's feelings for him are growing. Maybe they deserve a second chance…. She's putting him to the test

As a researcher, Layne McGraw can handle tough situations. So when suspicions arise that her uncle may have been murdered, she won't let anything stop her from finding the truth. Not the risks, and certainly not party-boy philanthropist Matt Hollister.

It turns out Matt is more irresistible than she expected. Not only has he reformed his wild ways, but as the new head of his family's charity, he has a lot to prove. And her quest seems to challenge his plans. She knows finding out what really happened could serve both their needs. All they have to do is control their attraction! 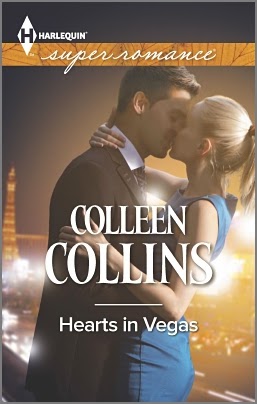 "You're not going into this alone."

P.I. Frances Jefferies is the perfect person to slip into Las Vegas's underworld to recover a priceless necklace. With her elite investigative skills, not to mention her jewel-thief past, she knows she can get the job done. That is, until a sexy stranger gets in her way.

Braxton Morgan's past is as secretive as her own. There's so much about this man she wants to discover—but not at the cost of her case. For that, she must stay focused. Then Braxton suggests adding his security expertise to catch the criminal. And suddenly they're mixing smarts with danger and a whole lot of passion! 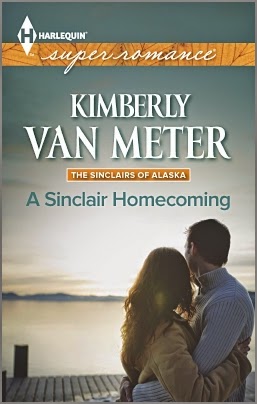 Free from the past

Wade Sinclair knows you can't run from the past—he's tried. After his beloved sister was murdered, he ran from Alaska to California only to discover there was no escape. So when a family crisis calls him back, he discovers therapist Morgan O'Hare knee-deep in their affairs. As soon as he meets Morgan, he feels as if there is brightness in the world again.

It would be inappropriate for them to get involved, yet the spark is irresistible. Wade never expected this kind of joy again. But is he really ready for this? Together, maybe they could find the strength to move on…if they're brave enough to try. 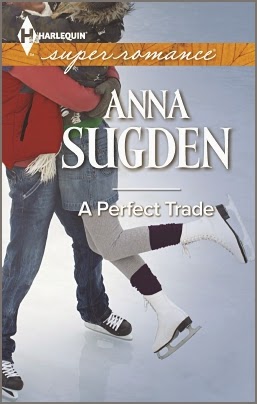 Truman "Tru" Jelinek's life is pretty much off the rails. With his professional hockey career on thin ice, and his personal life falling apart, he's ready to implement some serious changes. Helping Jenny Martin—the only girl he's ever loved—make her dreams a reality is a good place to start.

There's just one problem: Jenny doesn't want his help. She barely wants to speak to him. But Tru is prepared to negotiate a deal that even Jenny can't refuse. As trading favors turns into sharing passion, he has to face the truth that when it comes to Jenny, the game is far from over. 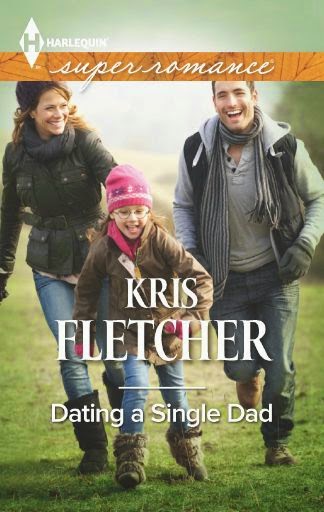 A family worth staying for…

Brynn Catalano is in Comeback Cove to help her cousin with a relationship crisis and plan an anniversary celebration for the local dairy. Sure, her new landlord, Hank North, is worth a second look…or three! But she's here only for a short time, and definitely not for romance, especially with a headstrong single dad who says he doesn't need her help.

Still, she can't resist Hank's daughter, Millie. The girl is almost as irresistible as her gorgeous daddy, and Brynn is surprised at how easily their twosome accommodates her…and how much she likes that. Yet when the job and the crisis are over there's nothing to keep Brynn here. Or is there?
Posted by Rogenna Brewer at 4:57 PM


All are very good can't wait to get these! Thanks
Penney

I'd love/need to own all of them. What a terrific line up.

Oh, you guys - you're making me (and all of this month's authors) blush. Thank you!