I had planned on writing a different blog post, one more about my June, 2014 release, but I got my September, 2014 cover in my email and was so excited that I wanted to share it with everyone. 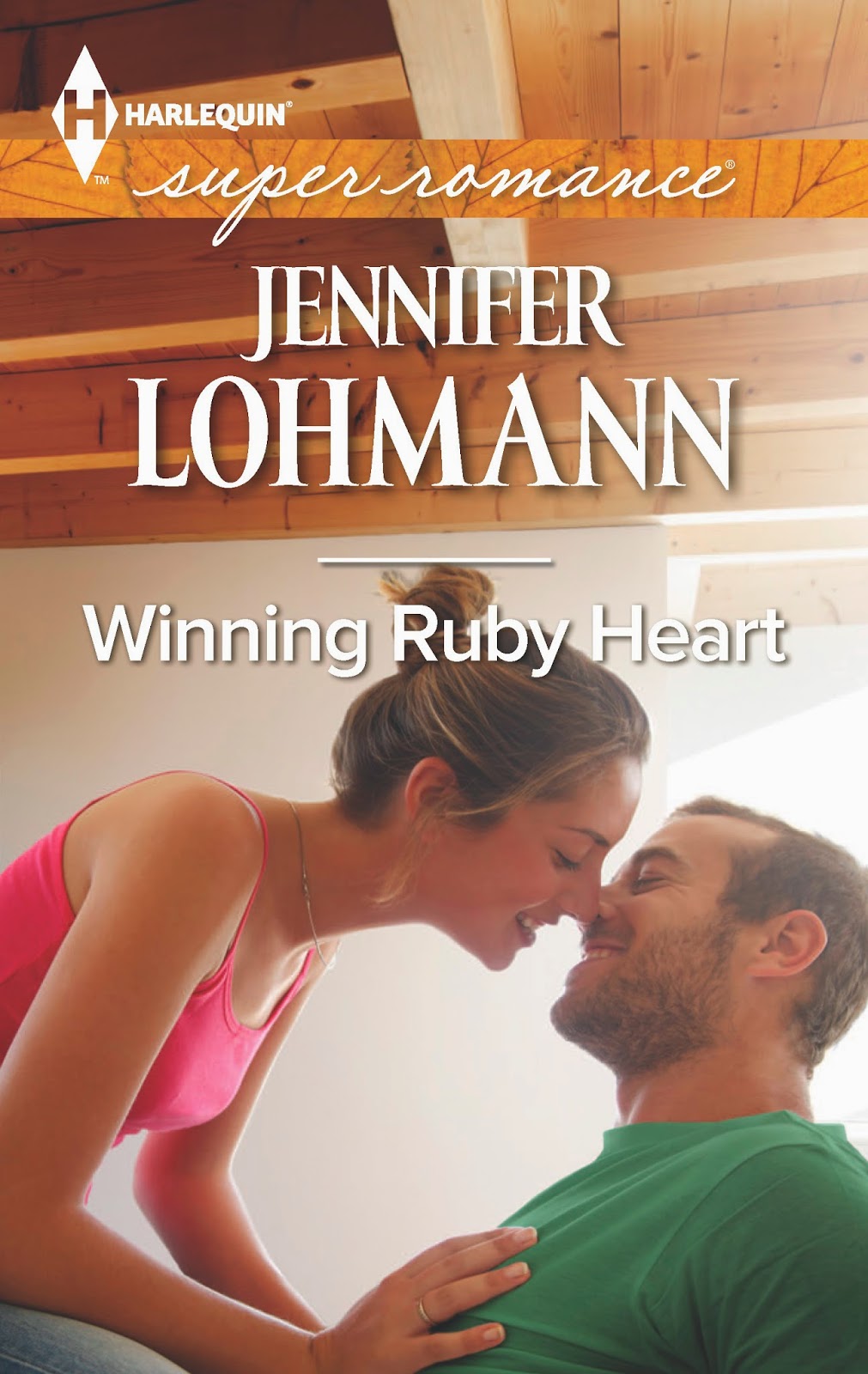 Isn't it pretty! Superromance has made me some really nice covers; I also love the cover of my Weekends in Carolina.

The back cover blurb for Winning Ruby Heart:

It's a race to their beginning…
Exposing world-class athlete Ruby Heart's cheating scandal five years ago made reporter Micah Blackwell's career. Falling in love with her now could end it. Yet watching her determination to return to the top, he can't resist the woman she has become. Working with Ruby to tell America her story, Micah falls deeper under her spell. But at a crucial moment, his feelings for her conflict with his job—the very thing that once saved him. Now he must choose between his skyrocketing career and the unlikely love of a good woman….

And a brief excerpt:

Ruby almost didn’t hear the knock on the hotel room door over the runner describing an injury and the painting that had resulted from it. The shuffle of her bare feet was silent on the carpet. Through the peephole she only saw the door of the hotel room across the hall and the thick fingers of a man’s hand, distorted by the glass. She was debating ignoring the prank when she heard, “Ruby Heart, I know it’s you.” It was Micah.

Her shoulders fell, causing a ripple of soreness through her body. I almost got away with it. The story of her life.

Before she opened the door, she closed her eyes for a moment and tried to pull her muscles together around her heart. She was allowed to run in non-Olympic competitions again. They hadn’t banned her for life from all sport. With as many defenses banded around her as possible, she twisted the lock, opened the door and looked down.

I'll return to the Superauthors blog later in June with more about Weekends in Carolina. In the meantime, what fabulous book covers (doesn't have to be romance), have you seen recently?

I'll have to go check those out. I've only read one Terry Pratchett book, though many of my friends are big fans of his.