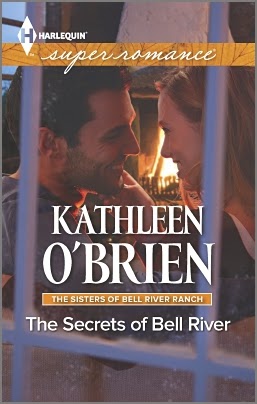 The Secrets of Bell River
Kathleen O'Brien
Harlequin Superromance
May 2014

Armed with only her suitcases and secrets, Tess Spencer arrives at Bell River Ranch. She'll work temporarily at their spa and never tell the Wright sisters her true connection to them. Meeting gorgeous carpenter Jude Calhoun challenges those plans, however. Strong and capable, Jude makes Tess want to share the burden of what she knows….

That confession may come sooner than she wants when her past intrudes at the ranch. But if she reveals the reasons she's here, she will definitely be the outsider—unwelcomed and alone. And leaving Bell River could cost her the one man she wants…. 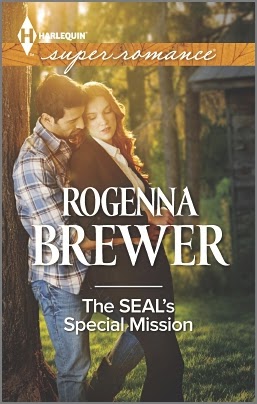 "You and the boy are coming with me."

Navy SEAL Kenneth Nash has one objective—protect the son he's never known. If that means dragging along his former sister-in-law Mallory Ward, then so be it. But while hiding out in a rustic cabin in the Rockies, Nash faces an unexpected problem.

Suddenly he's feeling things for Mallory that he has no right to feel. Regardless of how this turns out, he could never be the family man that his son and Mallory deserve. Yet as danger approaches, Nash and Mallory's attraction persists—and it could jeopardize the entire mission. 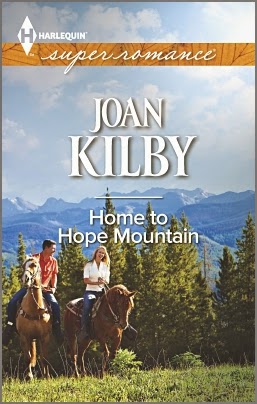 Hayley Sorenson uses horses to help people heal. But when neighbor Adam Banks asks for her expertise with his teenage daughter, she says no. How can she get involved when all she sees is their past? And the attraction Hayley feels for Adam makes her anything but objective!

Yet Adam isn't deterred, and in getting to know the woman they call the horse whisperer, he realizes that she's dealing with her own pain. As Hayley etches a place in Adam's heart, all he wants is to give her the home she truly deserves. 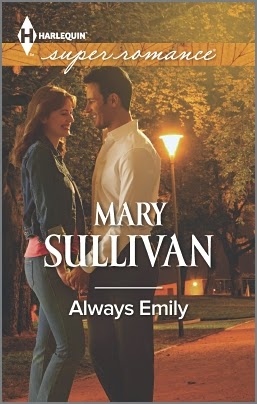 This time, it has to be forever

Emily Jordan has been in and out of Salem Pearce's life for years. As an archaeologist, her work often took her far away—even when he asked her to stay. She called it bad timing. He called it running away. Now she's back and asking for one last chance.

But Salem is a single father with more than himself to think about. If he gives Emily another shot and she takes off again, it'll hurt his daughters, too. He can't take that risk. But deep down, he needs Emily. He always has. Maybe this time she'll stay.... 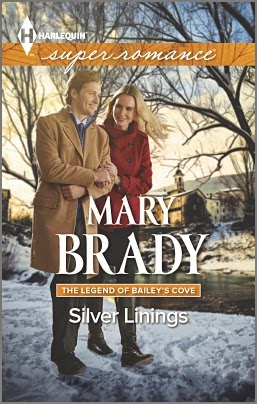 Fate has reunited them…but for how long?

Life took a detour when Delainey Talbot became a mother. There's no better job but that doesn't mean she isn't excited about finally becoming a lawyer—a dream she's this close to fulfilling. So when the partnership at Bailey's Cove's only law firm goes to Hunter Morrison, she's devastated.

Hunter and Deelee haven't seen each other since their ill-fated romance ended suddenly—he doesn't even know about six-year-old Brianna! Deelee wants him out of her town and her job. Too bad her heart says this could be their chance at the life they were meant to have. 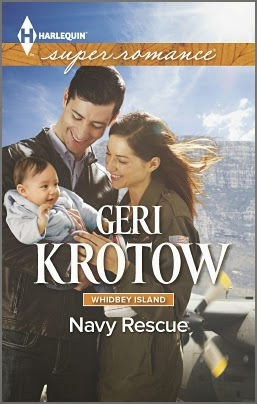 She saved a baby, but can she save her marriage?

Navy commander and pilot Gwen Brett is shot down in a disastrous mission—and survives six months in terrifying circumstances. She manages to escape with an orphaned baby she rescued and is determined to bring home.

Devastated when she was presumed dead, her ex-husband, Drew, is overjoyed by her survival. He offers Gwen and the baby a place to stay, to recover. Gwen accepts, convinced their love is gone. But almost losing her for good makes Drew realize he wants her back—and Gwen feels the same…. However, this rescue might be the hardest one yet!

With a line up like this my book budget will be depleted. looking forward to reading all of them.

All of the releases look fantastic.

Wow – I really need to catch up on my book orders! I had an ARC of the Bell River book, but I’m so far behind on my other Super reads. Lots of good stories out this month, it seems.

Another great line up for May. Wish I had nore book money. I would get them all.

Thanks so much for picking my name in the latest draw. I'm Linda E.