When The Editor Sees Your Underwear


Today, Superromance readers, we have a special treat for you – a recounting of a rather unique editor/author experience as told by the players themselves, Harlequin Superromance Editor Piya Campana and author Kris Fletcher. 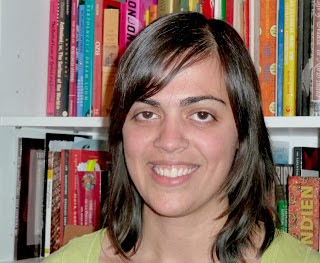 Piya:  I am probably the only editor ever to receive an email from her author with this subject line: “Truck draft.”


Kris : Please note that I totally stole the name & the concept of a Truck Draft from Jennifer Crusie.


Piya: “Wow, Kris,” I immediately thought. “Did you make Hank into a truck driver? I thought he was busy working on his cabins. And he has a daughter! It will be so hard for her if her dad is away for such long hours with a job like that.” And then I opened the email. Kris told me in no uncertain terms that this current iteration of her manuscript was a “truck draft,” meaning that, in case between now and her deadline she gets hit by a truck, at least I have her book. Kris is nothing if not prepared. :)


Kris: I used to send the truck draft to my agent, but it made her nervous.  I can't understand why :-)


Piya: The truck draft email also had very specific instructions to not read the attached manuscript unless it actually was the only draft I got. But, unfortunately, I’m as disobedient as Kris is prepared—I pretty much immediately loaded it onto my Kindle and read the first quarter of the draft.


Kris: Just see if I ever send her a truck draft again! But Piya had good reason:  the book had been added to the schedule for July, meaning that all gears had been put into motion.  She needed to start working ASAP.


Piya: Despite Kris’s assertion that there was a lot of polishing to do, I really liked what I saw. it’s always so fun to see how a story changes from proposal to first draft and ensuing revisions, and how an author incorporates suggestions and runs with them. So when Kris emailed me some questions a couple of days later as she was polishing this draft, I couldn’t help singing my praises about what I’d already seen. 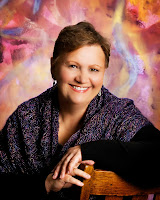 Kris: Which is when I learned that she was reading this unfinished, unpolished, HORRIBLE draft filled with notes to myself and plot lines that trailed off and unfinished scenes.


Kris: Embarrassed is putting it mildly. There may have been shrieking involved.  Also some attempts to claw my eyes out. Possibly also sacrifices to whatever deities could go into that draft (remember, it was only supposed to be read if I was comatose or dead) and remove my bumbling attempts at writing sex.  I told my friends I now knew how it would feel to be locked out of the house in nothing but my underwear, and we're not talking the cute matching bra & pantie sets you'd find at Victoria's Secret.


Piya:  Kris was embarrassed about what she called her corny jokes (actually, what she finds corny is truly clever and funny), and all the little all-caps placeholder notes she had written to herself in the text that I was not supposed to see (my favourite one was something like “THERE NEEDS TO BE SOMETHING HERE ABOUT MILLIE BUT I AM TOO TIRED TO FIND THE RIGHT WORDS AT THE MOMENT”). I was quick to assure her to not feel self-conscious because I actually was excited for the story, and while there was still work to be done, we were on the right track.


Kris:  Piya probably should be sainted for not ripping up the contract the minute she read the truck draft.
But here's the interesting part. Once I got past the feeling of being exposed to the world, I had this immense feeling of freedom. NOTHING I put in the final first draft could be worse than what Piya had already seen. That bumbling attempt at writing sex? If she hadn't already seen it, I probably would have cut it from the draft I polished and submitted.  Those silly, verging-on-bawdy jokes? Left 'em. I was much more inclined to go for the riskier, more daring circumstances and dialogue, knowing that she had already seen and found much to like in that messy, totally unpolished truck draft.
Piya: A few days later, I got the final first draft and we worked through more revisions. We’re almost at the line edit stage now, and the story is all the better for the conversations we’d had since I’d read that bit of the truck draft.


Kris: Totally agree. As I worked through the final first draft, it was great to be able to email Piya and say, Hey, have you reached this part yet? Because I'm not sure how to twist this scene, and if I'm going to need to change it, I might as well do it now
Piya: Perhaps we can start a new, if slightly morbid, editorial tradition—specifically request a preliminary draft of your author’s manuscript in case she’s hit by a truck before the deadline. Chances are, she will survive, and important conversations will start sooner, while her writing mojo is running at full tilt.


Kris:  Honestly, I didn’t realize how much I was censoring myself until this happened. So while the initial reaction was heart-stopping, in the long run, I think it was a very good thing that this happened.
Piya: We’re so excited for you to read DATING A SINGLE DAD, coming out July 2014!
Kris:  And would love to answer any questions you might have after reading this!
Posted by kris at 5:30 AM

What a fun post thank you. Love the "Truck Draft" concept.

Thanks, Mary! For some reason, it makes me feel much more relaxed, knowing that if something happened, I wouldn't be leaving high and dry. Because of course the world would stop spinning, right?

Absolutely love this. Truck Draft. When you talked about the matching bra-and-panty sets I wondered does the woman exist who has these for each day? Wait--don't answer. You made me realize that this is why our relationship with our editor is so personal, so special. Our editor sees us, flaws and all, and still believes in our ability and our story. Pretty amazing stuff. And I'm wondering if I need to put some lingerie on my Santa list, you know, just in case...

You have no idea how glad I am to read that! I do that in my work all the time, and I’m always paranoid I’ve sent off the wrong version. I thought I was strange, but apparently other people also use this ‘technique’!

Sonya! My sister in strange! It's a very handy technique, isn't it? At least I didn't include my to-do list - I've found bits of that in my manuscripts in the past. Scary scary.

Geri--It's easy for an editor to see potential when the author has such a great voice, Victoria's Secret set or not :)

Sonya--Similarly but not quite as entertaining as all-caps notes, I learned from an editing class that a good way to not interrupt flow but still be mindful while going through a first draft is to leave blank comments at points in the story that you'll want to revisit. It definitely looks weird, but we all have techniques that work for us!

I'm sure there was shrieking involved but thank goodness you didn't tear out your eyes. I would have missed more great KRIS stories. Lots of fun.

LOL So enjoyed this, Kris and Piya! Like the others, I'm so glad I'm not alone in typing those little notes to myself (though, usually only my CPs see them and they give me little answers in caps back!) It's really the only way I know not to get bogged down in worrying about the details while trying to get stuff on the page!

If only that helped me be funnier *sigh*

Oh Kris, you're brave! Even if I were dead, I wouldn't let my editor see what I call my "Hit by a bus" draft!

My underwear are industrial strength, and probably not new, either.

Jane, anything I do well, I learned from the best. That would be you :-)

Laura, methinks you are my TMI underwear twin :-)

Anna—Glad you liked the post :) And, yes, it’s so important to just get it down first and worry about it later!

Kris ~ You have kids. You should know the minute you say do not do something that is the minute they will find a way to do it. Piya was only doing what comes naturally.

Great post! I got lots of chuckles from it and the comments.

If your new book is anything like your first two books it will be wonderful. however I will probably always think of it as the "Truck Draft" book.

Kaelee - I know! I was absolutely asking for trouble when I sent it. What can I say? I am the naive trusting type :-)

I hope you will get plenty of laughs from this one. And believe me, "truck draft" is mild compared to some of the things I called it during the writing process!

LOL on the truck draft. What an interesting idea... guess that could work for all kinds of writing...

Snookie, it's definitely worth a try!