This past weekend I took my girls to a place you have probably never would believed existed: the Jell-O
Gallery in Leroy, NY. Yes. I'm telling the truth. There is a museum devoted to the history of Jell-O.


That lovely quivery dessert was created in 1897 in the town of Leroy by Pearle Waite, a carpenter who was searching for a source of income for the winter months. When he and his wife May unlocked the secret to this delicacy, they were ecstatic. At that time, it took multiple days and (usually) a servant or two to make a jellied dessert. This, though – this flavored powder was going to change all of that.

Except Waite couldn't sell it.

After some time of trying to generate interest in his product, Waite sold the recipe to Orator Woodward for the price of a new house: $400. Woodward, a canny businessman who already owned the Genesee Pure Food Company, soon found himself in a similar position. He believed in his product but people had no idea what it was. He couldn't sell it either.

But Woodward had what was, at that time, a radical idea. In 1904 he hired massive numbers of young men, told them to dress nicely, and sent them out to towns and cities with the instructions that they were to knock on every door and give every housewife a box of Jell-O. Then the men were to advise the local grocers to stock up, because there would soon be a demand for this product.
If you've walked through any North American grocery store, you know just how well his experiment worked. Jell-O in its many incarnations is part of the culture. Try to imagine a potluck without at least one Jell-O brand product (remember, that includes instant vanilla pudding) used in the dishes. Boggles the mind, doesn't it? 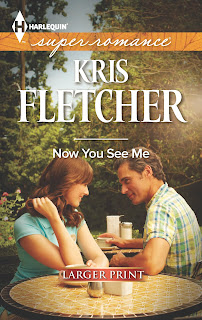 With my second Superromance slated to hit the shelves in a couple of months, I've been thinking a lot about ways to promote my product. I have yet to come up with something as innovative as Woodward's strategy was for the time, but with that example before me, I can't possibly be anything but optimistic.

Now readers, do tell – what prompts you to pick up an unknown book or other product? I have a lovely purple and silver book thong to give away to one lucky commenter, so tell, tell!
Posted by kris at 5:30 AM

A great story thank you. A museum? Who would have thought it?

I do judge a book by it's cover. I generally learn about new authors or books through book blogs and WOM.

I go for the name first. Hopefully, it will tell me the story is about something that will intrigue. Then I look at the cover, then the back blurb. Oddly, I never open the book until I've bought it.

Did they have the old Jello commercials with Bill Cosby?

Great history about Jell-O, Kris. Thank you for sharing.

Look at how big your name is on the cover of your next book! Doesn't it look fabulous???

I read a lot of books that have been recommended to me, or that are by authors I already enjoy, but I must admit that a lovely cover catches my eye and makes me at least read the back cover copy. If I like the sound of the story, I might be enticed to buy.

I had never heard of this museum, and now I'm intrigued. :-)

Books attract me by any of the following: genre/title/cover/author/blurb/recommendation. If I love the book after I read it, then the author becomes a name I remember and will look for again.

Mary Preston, oh, that word of moth does seem to be the magic answer, doesn't it? THough book blogs - yep, I've found some awesome new ones there.

Pamela, I love how opening the book is the last step for you!

BitterflyLabGal, yes! They had a TV set up playing lots and lots of the ill Cosby commercials. A real walk down memory lane, believe me!

Mary Sullivan, yes! I still sigh every time I see that cover with the name all big and shiny :-) Your process sounds very much like mine.

Cathryn, it's a tiny little museum, but it was great fun.

Hi Kris ~ I just wrote a big long reply and got an error message.

I buy by author. I love the new covers with the BIG author's name on them.

It worked so hopefully I can do it again.

I do buy by author and I love buying debut books in the Harlequin lines I read. That way if I really love the author I don't have a big back list to buy.

I also like to buy some continuities and sometimes I find a new author that way.

I try to find time to visit around ten or so blogs but that's not always possible. I like to know a bit of background information on the author's I read and that is a better incentive to buy than the cover or the blurb.

I like to say i'm not influenced by coovers but kids and or pets really draw my eye to the book.

Kaelee, wow, you are THOROUGH! Love your strategies and your thoughtful approach.

DRAWING NOTE: I am heading out of town for a long weekend writing retreat and will have NO internet. (I know - will I survive?) All comments made through Wednesday August 21 will be entered in the drawing. I will post my winner Thursday Aug. 22. You kids have fun while I'm gone, and remember - no parties!

LOL! How fabulous that there's a Jello museum! Must add that to the list of places to visit ;)

As for new books/authors... I often go by recommendations from trusted friends, or having the chance to "meet" the author via a chat or a blog visit. If the blurb and excerpt catch my eye, then I'll likely give it a try! And once I'm hooked? I'll follow!

Kris, I don't have any promo ideas but I do want to know WHY you visited a JELL-O town? Road trip? Interest? Love of goofy museums?

flchen1, we love people who follow once hooked! :-) Nice to know that those interactions can serve as the intro to a new author.

Jennifer, we've seen the sign for it on the NY Thruway many a time, and always did the, "one of those days we should ..." thing. Then last week I had to drop my son at a camp in that area, and thought, you know what? THIS is one of those days.

Great blog today! I go by the authors, the picture on the cover and what it says on the back cover about the book.
I can't wait to read this. Thanks
Penney

I buy by author. I will read debut books when I hear about them on the blogs.

I'm drawn to authors I've read, then the title and the back blurb. I too never open the book until I get home. I've been buying kindle and nook books to read on my ipad. I've been checking out the $0.99 books they offer and checking out "new to me" authors that way. I read the blurbs that are posted about the books before I decide to buy them.

Oh and I forgot to mention that I do buy by recommendation, especially from the ehar sites. So, a bit of advice for new authors to harlequin, you might want to participate in ehar discussion pages that are geared to the line you write for. I found you Kris, Liz Talley and a few others that way!