Writing Off the Grid 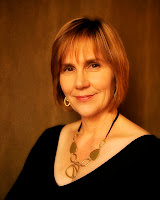 I live off the grid and I must confess that, until I started living off the grid, I had no idea what the term meant. I also had no idea what I was getting into.
Backtrack eighteen years to when my husband and I lived on the edge of town, with horses, kidlets, cats and dogs jammed onto one acre. The town was developing around us, so we decided to buy some acreage in a more rural area and give our kids and animals room to roam. This is easier said than done in , since approximately eighty percent of the state is federal land.  Eventually, though, we found a nice house on many acres, with a creek. It was thirty miles from my work and only eight miles from a small ranching town. It was, unfortunately, one hundred miles from my husband’s work, but such is life in .
There was one minor drawback to my dream house, however—no electrical service (thus the term “off the grid”). The house had a generator, as did the other two places up the canyon. My husband and I were anxious to get out of town, and the property was exactly what we wanted—in fact it was the only suitable property we’d found in almost a year of looking. We decided what the heck? If our neighbors could live on a generator, so could we. How hard could it be?
It wasn’t that hard. At first. Our generator, a 1964 Onan beauty with a zillion hours on it, lulled us into a sense of security. Starting on demand. Running smoothly during the six or seven hours a day we ran power. And then, one day, we heard, chugga…chugga…cough…chug…..chug….ack…chug…  silence. (And darkness. In the generator world, one invariably follows the other.) Silence is the worst sound a generator owner can hear, next to “That part will take two weeks to get here.”
We realized then that (a) we hadn’t seen this coming and (b) we had a problem on our hands, since neither my husband nor I were savvy mechanics. We had to find a generator repairman who was willing to drive seventy miles round trip to diagnose and fix the problem and then charge us an arm and a leg. In the meantime, we had no water to speak of because when the generator doesn’t run, the well doesn’t run. Welcome to life as the Swiss Family Robinson.
During our eighteen years of generator life, I have spent every major holiday without power at least once. I have learned to repair a propane generator in below zero weather. I have jump started my house with jumper cables and a pickup truck when it was too cold for the battery to work. I have done battle with snakes who’ve taken up residence in the generator house.  I’ve passed out flashlights to houseguests in the evening before we shut down the power for the night. My kids had to go to bed when we did or sit in the dark.

Why, you might ask, do we continue this madness?  Well, the view for one thing. And the incredible sense of peace I get whenever I walk outside my front door and see the valley below and mountains all around me. Also, my kids grew up playing in the creek and reading. They developed keen imaginations. I developed mechanical skills.
I have learned to budget my time between power-on and power-off. Power-on—watch TV, vacuum, do the laundry. Power-off—read a book, don’t vacuum and don’t do the laundry. I kind of like power-off mode—especially now that I have a laptop with a six-hour battery and can write whenever I like.

Since I like to write about what I know, in my February book, Maddie Inherits a Cowboy, the heroine is introduced to life off the grid while staying at an isolated ranch. I had a great time writing about her experiences, since many of them were inspired by my own. If you’d like to read about Maddie, I have the first chapter posted on my blog and I am giving away three copies of the book today. All you have to do is to tell me about being without power—be it on a camping trip or during a power outage.
I’m waiting to hear about your experiences off the grid—but if you don’t have one, just pop in and say hello. That counts, too.
Jeannie Watt
﻿﻿
Posted by Jeannie Watt at 8:00 AM 58 comments:

A Super Time to Read a SuperRomance 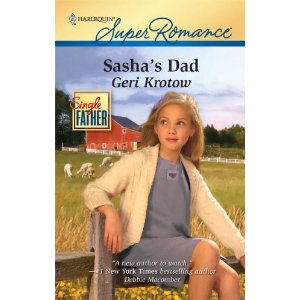 Freakish to downright deadly weather, news of yet more violence and sorrow, and then throw in whatever personal struggles we all have to cope with and the New Year can become dreary all too quickly. We all have our ways of coping. I love to exercise (okay, maybe not, but I like the results), read, knit, play with my pets. And when it comes to reading, I love a romance.

Superromance is my favorite Harlequin line not just because I write for Supers (yeah!) but because whenever I pick up a Superromance I know I'm going to get an engrossing, character-driven read with my favorite kind of ending. Happy. Fulfilling. Uplifting.
I prefer to read about emotionally complex characters, who are NOT "TDTL" (too dumb to live OR love) and who deal with their conflicts in realistic yet innovative ways. If I wanted to read about someone solving a common problem in the usual way, I'd read my journals from the last ten years. But I want to be mentally transported out of my current reality, whatever it may be, into the lives and loves of my fictional friends.
Characters are my friends, but only if the author does his/her job and makes me want to be friends with the hero or heroine in the first place. When I pick up a Superromance, it's what I expect to find.
I'm still pinching myself that I get to write for Supers. My first rejection was from Super years ago, after which I tried every other line at an attempt at finding my "secret" writing voice. Truth is that I was TDTP (too dumb to publish) back in those days; I didn't recognize my first rejections as good rejections (yes, there is such a thing). It came as a karmic joy that I finally landed in Supers, after my first books sold to Harlequin Everlasting.
How does Superromance help you cope? Post an answer and you'll be entered to win a copy of my latest Superromance, SASHA's DAD.
Posted by Geri Krotow at 9:00 AM 35 comments:

The launch of this SuperRomance Authors blog site marks another milestone for Super witers and also coincides with two important anniversaries coming up for me.
February 25, 2001 was the exact date I thought, ‘Yep, I can do this.’ Aspire to a career as a romance author. I’d gathered my courage and attended an aspiring romance writers’ course in Northland, New Zealand with mega Harlequin stars Daphne Clair and Robyn Donald (who have over 160 books between them).
I’d spent the entire weekend learning about Conflict, Point of View, Character, Setting, Plot and a thousand and one other craft imperatives and come to the unhappy realization that I’d considered none of them when I’d sat down to write the partial manuscript required to attend the course.
So you can imagine how I felt when I was called in for a private critique of my quivering offering…the first three chapters of my category opus, Venus Rising.
In which there was a great scene (not) where the heroine was about to imbibe laxatives to get out of having sex with the hero. Brazenly I confess this…as brazenly as I told the local chemist in my quest for factual information – How many would she need to take? How long before they worked? The chemist suspected nefarious purpose and lectured me on the danger of laxatives in fiction or otherwise.
So here I was in Daphne's study, after a workshop that had thrown alarming light on my ignorance, and with - I swear - a spotlight shining in my eyes and German shepherds prowling the perimeter and they said…I had talent.
And, Karina, the laxatives have to go.
I took out the offending scene, finished the book and it won a Golden Heart from the Romance Writers of America. Then it went to Modern Extra for two lots of revisions and was… rejected. It fell between genres, it was quirky, the writing was uneven, but it had a spark. And over the next five years I fanned that spark and my third full manuscript sold on Friday 13 January, 2006, the luckiest day ever after. At which point, my editor Victoria Curran took another look at Venus Rising, and gave a polite Canadian ‘No’ that still felt like ‘It’s not you, it’s me.’”
But the book rose…a phoenix from the ashes. I ditched my heroine…I mean, what kind of sick mind would consider using laxatives like that, honestly! I gave my hero another woman - smarter and more sensible - and Superromance published the book as Mr Unforgettable. The title was the only one I’ve ever picked and the irony is that readers can never recall it. I mean never. Even my family doesn’t remember the title.
. I guess in a meandering way, (one Victoria would certainly have me revise), I’ve got to the point of this blog. Dream big, never give up, take risks and eventually things work out - just not the way you think.
While at the time I was devastated not to sell Venus Rising, now I’m grateful it was never inflicted on the world. And Mr What’s-his-name was a much better book.
And what's even better is that I've ended up in this great community that is SuperRomance.
Karina Bliss

If you’d like to see how much I’ve improved since my laxative-scene-writing days make a comment and do into the draw for one of three copies of my January release and eighth published book, Here Comes The Groom.
NOTE:
Readers’ website, Smart Bitches Love Trashy Books has chosen Here Comes the Groom for its January Sizzling Book Pick.
Here's the link for more details:
http://www.smartbitchestrashybooks.com/index.php/weblog/comments/sizzling-book-club-january-selection-here-comes-the-groom-by-karina-bliss/#com
Note: There's a 50 percent discounted e-book deal on HERE COMES THE GROOM between January 6 and 19th associated with the book club. Here's the link: http://www.allromanceebooks.com/bookclub.html
Also another reader site, Dear Author, has given the book an A review. Here's the link: http://dearauthor.com/wordpress/2010/12/29/review-here-comes-the-groom-by-karina-bliss/
Posted by Karina Bliss at 11:00 AM 79 comments: